The formation of the national front on the first day of Aban in the Iranian calendar year 1328 has a direct link to the issues of oil and the sham elections of the Majlis. 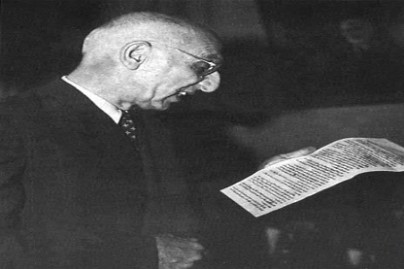 The grounds for the formation of the national front

When in the heat of the oil dispute, the Gess-Golshaian treaty in the fifteenth Majlis did not reach the outcome desired by the West and the Pahlavi regime, the kingdom tried to work its desires into the sixteenth election in order to compose the parliament in a way to pass the additional treaty. In reaction to the electoral vote-making in that period of the legislative branch, a group of twenty people headed by Mosaddeq, while they were against the additional Gess, Golshaian treaty, they sat in in the Marmar Palace to call for the cancellation of elections and the appointment of a disinterested government to hold elections and oversee them. But since their set-in was not taken seriously, the group formed the Iran national front in Aban 1st, 1328 Iranian calendar.

Analyzing the records of violation of democracy by the national front

The national front and Mossadeq himself opposed the law on martial law especially its Article five which would leave free the government to arrest all people suspected of opposing the government. They used to denounce the law as going against democratic rules. But despite that, when Mosaddeq rose to power he relied on martial law and threatened to implement it despite the fact that he had spoken against it before.

Hossien Makki in page 125 of volume 7 of the years of national uprising writes: Mosaddeq said with a smile "Oh man. All governments have used article five of martial law against their opponents. I too want to use it.” As I heard this, I hit myself in the head hard and said woe to me because I always thought Dr. Mossadeq would always say of the article five of the martial law "The martial law is against all democratic rules and the constitution.” And he would not use it as he had always been against it as a lawmaker.

As the 30 Tir uprising succeeded and Mosaddeq rose to power again, the nation’s demand was that the perpetrators of the incident be punished. Followingly, the Majlis recognized Qaval as the real suspect of the incident and confiscated his assets. Right after people launched demonstrations and called for the prosecution of Qaval and all those involved in the 30 Tir incident. But in a weird act, Mosaddeq took Qavam under his protection in disregard for the request of the Majlis and the people and prevented the justice ministry from pursuing his case. Also, general Vosuq, who was military advisor and commander of the police and another agent in the 30 Tir incident was appointed by Mosaddeq as minister of national defense.

3.       Impunity for supporters of Mosaddeq

Based on what has been written in Mordade Khamoosh, in 10th of Mordad in 1332, the supporters of the national front while shouting "Mosaddeq is the winner” stormed the house of the ayatollah with stones and sticks, whereby some were killed or wounded.

Regardless of what happened on that day, what showed violation of the law was the pursuit of the case in legal venues, which was quite biased and in the direction of condemning those that had opposed the government, where the people that attacked the ayatollah’s house were acquitted. The legal case on the people who attacked was not formed and the case of attack on the ayatollah’s house who was not only a cleric but the speaker of the Majlis and enjoyed impunity was never pursued by related organizations.

The most obvious case of violation of democracy by the national front was launching a referendum to cancel the 17th Majlis. Mosaddeq who had managed to receive special authority by the Majlis for a period of six months once, now had asked for privileges for a period of one year, which met outright opposition in the Majlis. In an undemocratic move in 12 Mordad, 1332, Mosaddeq formed a referendum which cancelled the Majlis. This came despite the fact that there was no line in the constitution to authorize the government to hold referendum to cancel the Majlis.

The above mentioned are examples of the violation of democracy by the national front, for which no democratic explanation can be given.
message end/
Tags:
navideshahed ، issar and martyrdom ، national front
Subscribe to newsletter