The capitalist structure of the US

Capitalists have a key role in the US political arena, but this comes with the fact that the big majority of the US assets is in the hands of Jews or Christian Jews. These groups have ownership over most of the country’s military industries 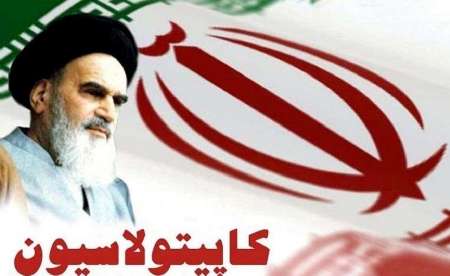 Navideshahed:
As a basic, it was economic aspiration that led to the discovery of the American continent and then Europeans’ migration there. The independence of the US also prior to nationalist aspirations, was a rebellion against the heavy UK government taxes. In other words, the American society was formed on economic terms and in its history, it experienced the entire capitalist phases. Therefore, the capitalist system and the role of capitalists in the political system of the US are two indispensable parts.

The capitalist makeup of the US

The US economic system was based on capitalism in the very beginning. In the constitution and ordinary laws of the US, the quintessence of private ownership, control over production tools for persons and entities, prohibition of the government’s interference with economic affairs were stressed.
Following the industrial development toward the end of the 19th century, capitalist enterprises sprang here and there and then they turned into big economic enterprises. Although sometimes the government would sometimes pass laws against trusts as a bid to back small time capitalists, but these laws could not be of much effect in a capitalist society. Today non governmental international banks with huge investment and share purchase have a key role in the US economic system.
According to a report by the American labor development party, two major economic groups have the grip over US economy: the first is the Rockefeller group and the second the Morgan. The smaller groups of Mellon, Cleveland, Bank of America, and Boston with independent role and very small local groups. Together, these groups own 85 of 100 big industrial companies, 38 of 40 big banks, 19 of 20 big insurance companies, 18 of 20 big transportation companies, 18 of 20 commonwealth companies, 7 of 10 chains of trade, and 12 of 15 deposit banks.
The Rockefeller Group is a global private company based in New York City, primarily involved in real estate operations in the United States. It is a majority owned subsidiary of Mitsubishi Estate Co. Ltd. For 70 years, the Group has initiated some of the biggest projects in commercial real estate in the US, beginning with the development of one of the world’s major complexes in Rockefeller Center.
Most of these groups military industry, aviation, marine, machine building and land transport, sea and air and ownership of roads, railways, post, electricity, water and the mainstream media, press, television, radio and the press and the government in their hands only considered the tax receiver and market law of supply and demand determines the type of production, size and quality of the commodity. It should be noted that most of the Jews or Jewish Christians in America's capital.

It is obvious that once a country’s fundament is capitalist, the capitalist stratum should play a big part in the country, because all the power levers, from wealth, social status, power, and promotions are in their hands. The influence of capitalists in the US is not only a reality, but an accepted culture. Capitalists or their mouthpieces since the formation of the US have explicitly inculcated that idea.
John Jay, lawyer and New York state representative, and one of the writers of the constitution as well as foreign secretary and first head of the country’s supreme court, in the first days of the formation of the US said out right "The government should be in the hands of those in whose hands lie the country’s assets.”
James Maddison, father of the US constitution and fourth president of the country, had an inclination that the Senate should represent land owners. The theoreticians backing this view would argue that "Capitalists will try to make their government subjugate others. They have always done that and will do forever. The only guarantee against them is to make them into a separate stratum with separate interests. Therefore, two forces, one from the aristocracy and the other from other people, will stand against each other and there will be balance between the two.”
The role of capitalists was from the beginning set as part of the US capitalist system. Alexander Hamilton, the founder of American capitalism and treasurer in the George Washington administration believed that the government’s power should rely on the power of those in possession of money, because they are the most illuminated and reliable backers of a real government.”
For his part, George Washington who was seeking a real government, owned a 1000 hectare farm with 135 servants. He believed "The formation of a capitalist society with all sorts of overt and covert strings and inseparable ties with the government system and the world of money has preference over the formation of a democratic system. And such preference continues to date. The system laid by Washington and Hamilton and in cooperation with owners of property is still alive and up.”

The role of capitalists in the US politics was not organized until the first world war. In the first world war, with the initiative of one of the advisors of president Woodrow Wilson, named House, a council was formed of US capitalists under the name foreign relations council.
After that, most of the advisors and ministers of the government would be chosen from this council. By making financial and propaganda interference, these people would cause the victory of a certain presidential candidate, and change public view through the US foreign policy.
source: irdc.ir
Tags:
capitalist ، america ، navideshahed
Subscribe to newsletter