A study into the applications and operations of ballistic missiles

Ballistic missiles are launched from static and moving launchers and exit the earth’s atmosphere both at the right angle or other lesser angles. After the missile is out of the atmosphere 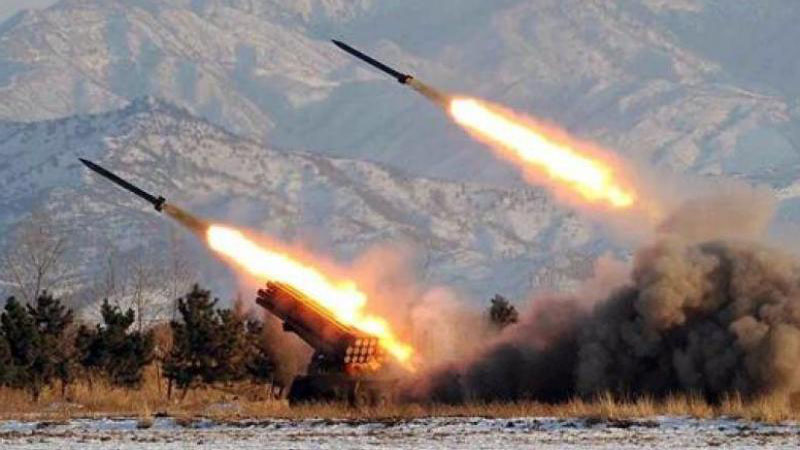 With the backing he received from Hitler, Braun succeeded in making a cruise missile during the war itself. The missile came to be known as V1. Later on, other models of the same missile called V2 were made which worked as ballistic and were referred to as the first ballistic missiles in the world.

In 1933, von Braun was working on his creative doctorate when the National Socialist German Workers Party (NSDAP, or Nazi party) came to power in a coalition government in Germany; rocketry almost immediately moved onto the national agenda.

An artillery captain, Walter Dornberger, arranged an Ordnance Department research grant for von Braun, who then worked next to Dornberger's existing solid-fuel rocket test site at Kummersdorf. He was awarded a doctorate in physics (aerospace engineering) on July 27, 1934, from the University of Berlin for a thesis entitled About Combustion Tests; his doctoral supervisor was Erich Schumann.

However, this thesis was only the public part of von Braun's work. His actual full thesis, Construction, Theoretical, and Experimental Solution to the Problem of the Liquid Propellant Rocket (dated April 16, 1934) was kept classified by the army, and was not published until 1960. By the end of 1934, his group had successfully launched two rockets that rose to heights of 2.2 and 3.5 km.

By doing so, he enabled the Nazi Germnay to use the ballistic missiles to bombard a lot of European cities including London, leading to the death of so many people.

But the war was not yet over when Americans realized the weak point about Germans and during the war, gained access to the arsenal they had stored V1 and V2 missiles in.

On June 20, 1945, the U.S. Secretary of State approved the transfer of von Braun and his specialists to America; however, this was not announced to the public until October 1, 1945. Von Braun was among those scientists for whom the U.S. Joint Intelligence Objectives Agency created false employment histories and expunged Nazi Party memberships and regime affiliations from the public record. Once "bleached” of their Nazism, the US Government granted the scientists security clearance to work in the United States.

The American high command was well aware of how important their catch was: von Braun had been at the top of the Black List, the code name for the list of German scientists and engineers targeted for immediate interrogation by U.S. military experts. On June 19, 1945, two days before the scheduled handover of the area to the Soviets, US Army Major Robert B. Staver, Chief of the Jet Propulsion Section of the Research and Intelligence Branch of the U.S. Army Ordnance Corps in London, and Lt Col R. L. Williams took von Braun and his department chiefs by jeep from Garmisch to Munich and from there to the states.

Americans also succeeded in abducing Braun and his missile designing team to the states.

The job had been done so neatly that in the final days of the second world war, Braun and his missile making team this time kicked off a new series of research on ballistic missiles this time in the United States. Simultaneously, the USSR which has managed to access parts of the missile blueprints of the SS, started its own research on ballistic missiles.

Ballistic missiles are launched from static and moving launchers and exit the earth’s atmosphere both at the right angle or other lesser angles. After the missile is out of the atmosphere, it becomes parallel to the ground surface and starts to move forward. As soon as it reaches above the target, it uses the earth gravity and hits the target with mind bugling speed.

Ballistic missiles use a variety of guidance techniques and are able to be launched by using solid, liquid, and composite material.

The liquid fuel is used less for ballistic missiles and is mostly used for launching missiles that carry satellites.

But solid fuel and composite solid fuels which, unlike solid fuels use the fuel material and oxidizer as mixed and the fuel forms crystals to continue the combustion action, today are the most widely used fuels. Of course yet many countries still use liquid fuels for making ballistic missiles.

of the greatest benefits of solid fuels compared to liquid fuels is that they are more stable. Liquid fuels last short and have to be replaced after a while, but solid fuels can stay intact for as long as 9 years.

Other issue is that when preparing a missile that uses liquid as fuel and propelling power, it takes a long time to prepare it, therefore there is a high chance to get recognized and hit. But as for missiles that use solid fuel, it is the other wise and little time is needed for their preparation before launch.

Sejjil 1 and 2, Qadr H, F, and S, Qiam, Shahab 3, Fateh, in various models, are the most well known ballistic missiles made by Iran. The Islamic republic of Iran has been able to make these missiles by tapping domestic capabilities. Khalij Fars is an Iranian single-stage solid-propellant, supersonic anti-ship quasi ballistic missile with a range of 300 km based on the Fateh-110 missile. It is equipped with a 650 kg explosive warhead and an interception evading guidance system.