How Imam Khomeini resisted siding with the Pahlavi

Imam Khomeini used to swiftly reject the idea of any sort of reform and would resolutely fight any sort of advantage given by the Pahlavi regime. He dismissed as unacceptable Mohammad Reza Shah’s repentance, saying it was like Pharaoh’s repentance. 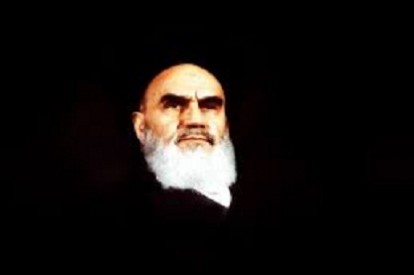 In January 1979, while still EUCOM deputy, President Jimmy Carter sent Huyser to Iran. Sources disagree on the nature of his mission. According to Carter, Huyser, and American sources, he attempted to stabilize Iran during the turbulent early stages of the Islamic revolution. Charles Kurzman describes him as having been assigned by Carter "to rally Iranian Military commanders and help them prepare for a last-resort coup d'etat," unaware that the massive scale of the uprising left the Iranian military powerless to prevent the Shah's overthrow.

Throughout the campaigns of the Iranian nation, all leadership pretenders had shown some sort of flexibility to compromise with the Pahlavi regime. But Imam Khomeini would attack any sort of compromise and he would upset the balance in favor of a full scale revolution. Hojjat ol Eslam Ruhollah Hosseinian, head of the Islamic Revolution Documents Center in the book "One Year of Campaign to Topple the Shah Regime” writes so about Imam Khomeini’s intransigence:

Imam Khomeini had set as target a full blown revolution, and would swiftly reject any turnabout or stop or deal on the way, and would outspokenly say that, "A regime which is against Islam, in everything_ from culture to the army and economy and politics, it should be changed and the Islamic system established.

Imam Khomeini used to swiftly reject the idea of any sort of reform and would resolutely fight any sort of advantage given by the Pahlavi regime. He dismissed as unacceptable Mohammad Reza Shah’s repentance, saying it was like Pharaoh’s repentance. We also rejected the idea of any transition government. He ridiculed the Shah’s initiative of free election and called it meaningless with the Shah on hand. He said the arrest of state leaders by Mohammad Reza was an amusing game. He said Sharif Emami’s national reconciliation government as well as the national government of Bakhtiar were tricks to stop the revolution. He would directly and strongly attack those who talked of accepting the constitution and would call it treason to Islam.

In fact, Imam Khomeini’s resolution to topple the Shah regime was not to be found in anybody else, because no one considered such a thing possible, neither did they find the power to do so in themselves. That is why they time and again went to Imam Khomeini to invite him to be flexible. But Imam Khomeini left all their efforts fruitless and said: The current crisis should be tapped in favor of a fundamental change. The transition government is not expedient. Do not fear the US.

Imam Khomeini would even reject the stage by stage plan proposed by religious/ national forces. Imam himself narrated the case thus: Some of the guys had come and said a stage by stage policy. Now we take one step and wait for a while, then we take the second step. I said "Sir! If you make this step weak, in the second step they will break your legs.

Imam Khomeini did not only reject the domestic politicians with their flexibility policy, he would resolutely reject international intermediaries. A minister of the Pakistani government who had visited Imam in Paris to act as intermediary received such response from Imam Khomeini: The case of the Shah is not such that it could be solved by an intermediary.

Once the French government’s representative was commissioned by Jimmy Carter to go to Imam Khomeini and get time for the Bakhtiar government_ he threatened Imam with coup nonetheless, Imam Khomeini said: The Bakhtiar government is illegal and suppose I committed such mistake, the nation will not accept it. As for the cop, he said: People have given me message saying if there is a coup, the holy jihad verdict should be issued.

Mohammad Reza Pahlavi would also try to sent some people to Paris to act as intermediary, but he soon realized he was doing a useless thing. One of the intermediaries was Ali Amini. He went to Paris, but Imam did not give him a time to meet. However, Amini managed to talk to those around Imam. Upon returning to Tehran, he told the Shah that there was not much hope to reach a deal with the ayatollah. He privately told the US ambassador: ayatollah Khomeini is by no means subject to reconciliation and will continue his fight until the Shah resigns.

It should be rightly confessed that if it weren’t for the Imam’s resoluteness and intransigence, there would either have been no uprising, or it would have failed before ending in a revolution.

At the beginning of the Islamic uprising, religious scholars started their announcement with harsh tones, but as oppression grew, their tones would soften. Some even preferred to keep silent later on. But Imam Khomeini in the beginning used to adopt the soft tone. He grew harsher in tone as the regime tightened the noose day by day.

These words from Imam Khomeini can be seen as a sign of his bravery: "I do not see in death but happiness. Now my heart is ready for your javelins. I have ambushed for you. Dear Shah! I would like to recommend you not to play with the nation so much. Do not oppose the clergy so much. Why do you not think before you say these things? The nation will not let you live. Hear me. Why are you forgetting people? You are not even a Jew so that I would tell them extradite you. Is the Shah an Israeli?

Imam Khomeini said these words before he was arrested in 1963.