Islamic Revolution Document Center -- During its lifetime, Iran’s Savak worked in close cooperation with the CIA and Mossad. After the 1953 coup, the US entered Iran’s political stage fully. 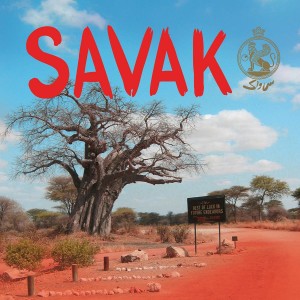 Navideshahed:
In the book "Savak and its Role in the Shah’s Internal Regime Changes” published by the Islamic Revolution Document Center about the US and Israeli intelligence bodies’ role in the formation and development of Savak a paragraph goes: First thing firs, Americans launched campaign to create the anti-intelligence unit in the Army which was of high importance to them. They worked hard to create antis for the central intelligence and the intelligences of the three branches and their units. They chose Tajbakhs, whom we looked to specially, as the head of the anti-intelligence. They worked and helped a lot to preserve this organization, due to the high significance it held to them.

Savak and the CIA

After launching the army anti-intelligence, the US spread its wings in Iran and offered Mohammad Reza the initiative of launching the Savak in 1956. Teymour Bakhtiar who had been Tehran chief of police traveled to the US beforehand to hold talks with American officials and investigate into the workings of the CIA and the FBI. Although consultation and education from the US was vital to the launch of Savak as an effective to be organization, Mohammad Reza did not agree to the creation of two organizations, the Internal Seucurity and International Intelligence much like the FBI and CIA. He agreed only to the launch of one unified, central intelligence organization.

As America’s base in the region, Iran needed a powerful intelligence organization. Also, the USSR and neighbors used to pose a serious threat to the interests of the US. Not only did CIA help with the foundation of Savak, but the FBI helped a lot to create and develop it. Nonetheless, the National Security Agency which used to specialize in electronic espionage also conducted relations with Savak.

The US also send groups to Tehran to educate Savak. Right after the coup, a US Army general visited Iran and started training commandership of intelligence units at the military governorate.

During these years, the American consultants used to make full interference with the daily handling of information. These men educated the Savak in anti-intelligence.

Around 1961, Americans left their place for Israel and Mossad. As Mossad started to engage Savak, the infiltration of the US subsided to some extent, to return to strong intervention after about one decade, when the CIA moved its Middle East command to Iran. Around the same time former CIA chief Richard Holmes was appointed as US ambassador to Iran.

For all their thorough presence in Iran and its intelligence system, the CIA agents were unable to predict the developments of Iran, including the revolution that ensued. In September 1978, just a few months before the revolution, the CIA reported: Iran is not either in a revolutionary situation neither in a pre-revolutionary one. The shah will remain effectively in power at least for another ten years.

The vast amount of relation between Savak and the CIA was revealed after the revolution, when the student followers of the line of Imam seized the US embassy, which they called the spy den, and discovered and restored its documents.

After Israel was formed in the occupied Palestinian land, Iran started close cooperation with it. Iran was one of the few Islamic countries to recognize Israel.

After a group of American CIA advisors left Iran, some Israeli counterparts replaced them to take on the training of Savak staff. The group stayed in Iran for five years and taught Savak in line with the education that the CIA had previously provided. The group posed the initiative for launching the 9th bureau for research. At the time when the Mossad team was in Iran, Savak, under Fardoust who had been made deputy director by Mohammad Reza to make changes into the structure of Savak, created his training programs and started on the education of the staff by using the pamphlets of the CIA and Mossad.

The shared interests of the ruling powers of Iran and Israel brought them together in security issues. The reason for their cooperation can be mentioned as the propagation of anti-Arab policies.

During these years, relations between Iran and Israel were of a rather clandestine nature. A document obtained from the US embassy quotes Torgman, second secretary of the Israeli delegation in Iran, as having written "Israel’s operations in Iran are rather clandestine. He (Torgman) said while in his government is inclined to spread its relations with Iran, the sensitive situation of the Iranian government in recognizing Israel is set against many Arab countries, so it does not much insist on contacts and overt relations.

Tehran used to pretend to be an enemy of Israel in the international arena where it would vote against Israel in the United Nations and in other international forums, placing itself among countries that condemned Israel. But in fact this was a nominal enmity with Israel.

Iran and Israel would gain a lot upon regional cooperation. Doing so, Israel would find an upper hand over Arabs and would also not feel lonely in the Middle East. On the other hand, Iran would also enjoy the support of the US and its allies and would also use the sophisticated, state of the art intelligence equipment of Israel.

Iran and Israel nonetheless conducted relations with their Turkish counterpart. This cooperation which was named trilateral cooperation consisted of exchange of information on USSR activities as well as reactionary Arab states.

Israeli agents in Iran started sending warning messages from Tehran in 1977, where for example Yuri Lubrai, Israel charge d’aiffaire in Tehran used to think that the Shah would not hold on to power more than 2 or 3 years. These warnings were not heeded. Even after Israel’s defeat in the war Youm Keyporu, since Mossad had not been able to predict Egypt’s attack, US intelligence services lost their full confidence in Israel.