The Narration of a Photographer Regarding the Commander of Imaginary Brigades

According to Epic and Resistance Group of Fars News Agency, what an artist write about the events and adventures which occur around him/her are rally interesting in the outlook of others 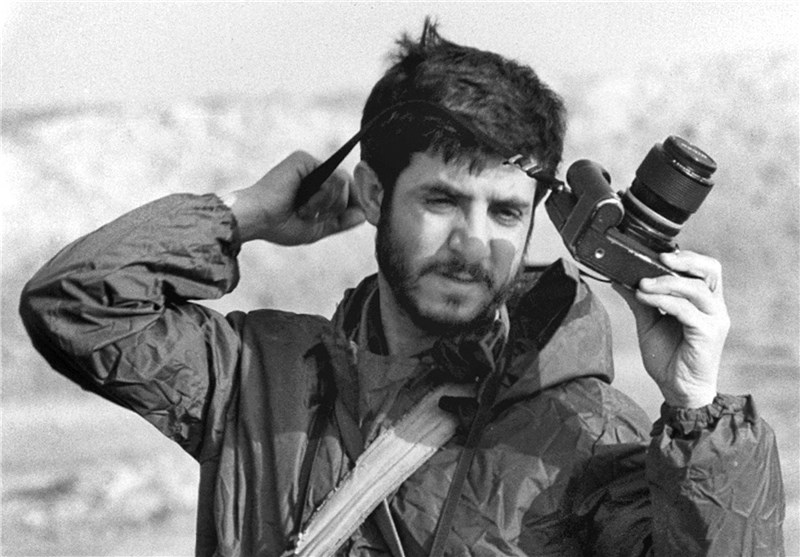 By the report of Navideshahed ( IRAN ): One of the war veterans who had penetrated the heart of the anti-revolutionary militants (MKO), he was able to bring so much valuable information including the memory notebook of one of them.

It was really interesting for me and I wanted to know what had been written in that notebook.

According to Epic and Resistance Group of Fars News Agency, what an artist write about the events and adventures which occur around him/her are rally interesting in the outlook of others. These persons are discerning and they can verify the details compared to the ordinary persons. What you read here is a section of the memories of a revolutionary artist whose name is Seyed Masoud Shojaei Tabatabei regarding Mersad Military operation:

Like always, they informed that another military operation is the way. We had little opportunity. The MKO forces had entered the Iranian territories by getting information about the adoption of the resolution 598 and by the imagination that capturing Iran is not a difficult job. This time as soon as they informed us, we got prepared and I along with the personnel of Fatth Narration went to the battlefields located in northwest of Iran. It seemed that the MKO forces had been able to occupy the West Islam Abad city by the assistance of the Iraqi Baathist forces and they aimed to advance towards Kermanshah.

We moved towards the frontiers so immediately. When the MKO forces had occupied Islam Abad city and since they thought they can move up to Tehran city, they were moving in a line of the asphalt road. They had their guns and weaponries with themselves too. The Iranian forces had ambushed in one of the valleys and they were waiting that these forces to arrive there. Like always, I was near the personnel of headquarters. One of the war veterans who had penetrated the heart of the anti-revolutionary militants, he was able to bring so much valuable information including the memory notebook of one of them.

It was really interesting for me and I wanted to know what had been written in that notebook.

By struggling so much and requesting for that notebook, I was able to read that notebook. It was the notebook of a person whose name was Amir. He had not mentioned his last name, but it was full of photos. The photos were related to the marching moment and kissing the hand of the leaders of MKO leaders…the texts were so interesting too. They had been brainwashed so much in a way that he would think he is the commander of a brigade. It was a brigade that its personnel consisted of the people and in fact the people needed to join it during the operation. It did not consist of battalions, military groups and units. It only had the name of a brigade. In the notebook it had been written: "Today I got the responsibility of M brigade. It was supposed that in the way the commanders of battalions and military groups to join us. The brigade needs to be completed by the personnel of people!”

We did not have so much time to study it and during the first moments the notebook was given to the operation intelligence personnel. The air was almost dark and we arrived to the main valley close to the frontiers. From far distances we could hear the sound of the tanks and cannons… We had been so surprised because they were moving in a line on the main road. We had not seen such a ridiculous military strategy until that time.

Apparently martyr Sayyad Shirazi did not believe the issue at first and he initially demanded that more considerations to be done and after that the Air Force personnel to attack them. The same plan was launched and the rockets of Iranian helicopters damaged their line one after another. In front of the line there was a very modern Toyota car that I can remember we talked about that with Mr. Jahanbaksh one of the personnel of the Army Hazrat Rasul (May God send greetings to him). No one liked to damage this Toyota car. The war veterans would attack it with light weapons. It would hit itself to the obstacles and again it would move so fast dramatically. Maybe it would imagine that it can remove the obstacles.

Anyways, the war veterans did not let it to move more and eventually the shut it down along with its driver who was found out as the commander of one of these ridiculous brigades. The war veterans of the Army used the spray towards it in order to turn of the fire and take the Toyota car as a good booty. In fact most of the weaponries or tools which would be captured by the forces, the one who had captured it firstly, then the booty would be given to the army in which that personnel belonged to.

Anyways, there were so many attacks and operations! After the great attack of the Air Force, the MKO forces were dispersed to the surrounding areas and the war veterans of each Army, brigade and battalion were obliged to detect and capture them. The security policies were so high and it was impossible that they be able to escape safe and sound or not to be captured.

I can remember that in each hole there were many women and men who were the members of the MKO. The presence of women was really strange for all of us and it was something new. Each time that we would pass from their damaged or burnt vehicles and instruments as long as we wanted to reach Islam Abad, I can remember that the war veterans would show their contraceptives. From the hell of this world were sent directly the hell of the resurrection world. When we arrive to Islam Abad, we observed very horrible scenes including the hanging of wounded Basiji guys, Army forces and the members of the Islamic Revolutionary Guard Corps in front of the main hospital. Also the corpses of people and military men had fallen down on the ground. It was a very dreadful and horrible scene.

- It was a long time that I had not written anything, I have missed this work so much. I have missed the war veterans who became stars. I can remember that during the final sunset of the operation, when I got informed about the martyrdom of some of the war veterans, my heart melted the same as sun in that sunset. It was really difficult to be left from the caravan of martyrs and to get involved in daily living. Only crying is the solution of my bereaving heart. I wish the Galactic shoulders of my friends still existed in order I put my head on them and to cry so hardly…Dear God, I want you to protect my heart…my situation is not so good. Pray for me…Thank you