The Ashuraee Martyr of Zahir Battalion

I have always said and say that the martyrs were so brave. They had understood the greatness of time and the opportunity that they had for martyrdom. 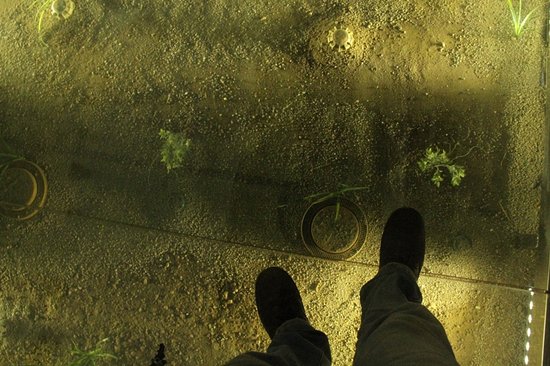 Navideshahed:
Fars News Agency: In the morning of August 23, the operation had been started and it was a day of Ashura Husseini anniversary as well. Like always the prayer of Ashura was performed and incidentally Ali had sat down in front of me. He was crying so badly and he had a special condition. We received the demand of movement and the battalion started its movement.

We talk about a devotee who had a serious and smiley face and he had absorbed all the personnel. Martyr Ali Shekari was the commander of Besat military group which belonged to Zahir battalion, Army 10 of Seyed Al-Shohada (AS). He lost his right hand during the military operation ‘Karbala 5’ and he sent it to the heaven earlier than the rest of his body.

Ali was the third martyr of Shekari family and he was martyred on August 23, 1988 which coincided with the anniversary of Ahsura Hussein. He was with a battalion which would be commanded by him and they got involved in a fighting against the anti-revolutionary militants in Bukar road of Mahabad.

The martyrdom of Ali took place after adopting the resolution 598 on July 18, 1988. This event took place even after the ceasefire which happened between Iran and Iraq on August 20. As one of his friends says, the gate of the martyrdom had been closed, but Ali jumped into the heaven over the martyrdom gate!

The anti-revolutionary militants who had considered the situation reasonable for themselves to attack Kurdistan province specially after the attack of the Iraqi Baathist regime (after adopting the resolution by Iran) and the advancement of them and specially after the ridiculous attack of MKO forces to the west of Iran, they entered this war zone and they created some insecurity for the respectful Kurdish people. The mission of fighting against them had been given to the Army 10 of Seyed Al-Shohada (AS).

It was Muhrram month and we were in a camping close to Miandoab city. Every morning we would perform Ashura prayer. Ali had been appointed as the commander of Besat military group. It was for two or three days that we would be sent to the war zone by Toyota cars in order to detect the war zone of Bukan and the procedure of launching the military operation. Also the behavior changes of Ali were obvious. It was a special situation. The war had been ended and many of the war veterans had been so surprised that they had lost the opportunity of getting martyred and they had missed the opportunity of flying and going to heaven.

In the morning of August 23, the operation had been started and it was a day of Ashura Husseini anniversary as well. Like always the prayer of Ashura was performed and incidentally Ali had sat down in front of me. He was crying so badly and he had a special condition. We received the demand of movement and the battalion started its movement.

I had rode at the backside of the Toyota car and sat down in front of Ali. But Ali was different compared to the past. You can believe that I had not seen Ali’s behavior like that during the long term of the friendship that I had with Ali. He did not like to make jokes and funs at all. He was thinking about something so deeply.

Now I can say that he was selecting and he was opening the final ties of belonging to this materialistic world. During that day he was deeply think until the time of his martyrdom. He had kept quiet and a bit concerned.

He was concerned of staying and not being martyred.

I have always said and say that the martyrs were so brave. They had understood the greatness of time and the opportunity that they had for martyrdom. They did not neglect and they got the wage of their sacrifices and great work as well; otherwise there were many persons who were unaware of this issue like me and if they would stay in the battlefields for longer periods of times, they would not be martyred…

At the beginning of the operation, it was supposed that Ashura military group to climb the mountainous areas. Ali was the commander of Best military group. He moved in front of the others in order to detect the war zone and he was climbing the mountain. Before movement and during the final minutes, I observed him that he had picked a notebook in his left hand and he was writing something so hardly and after that had he put the notebook in the packet of his six-packet pants and he continued his way.