The diplomacy of the Islamic Republic of Iran since the very first days after the revolution has had characteristic power to influence the world opinion.Since the revolution was founded on a new thought,it laid its influence on the world public mind 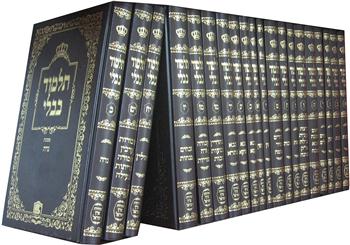 This statement is an exact token that he well realized and recognized his enemy in this regard. But what has happened in the course of the past five years is that the world has risen to support Palestinians. This is but something that is influenced by the pioneering efforts of the Islamic Republic of Iran to outline the threats posed by the Zionist regime to the whole world.

The Zionist regime at the onset of its illegal life adopted as its main policy aggression and the expansion of its land. The regime had adopted the ideal of "from Nile to Euphrates” for which it would trespass on neighboring countries in order to stage its ideal state, a policy which it strenuously pursued. They used to follow this policy up to the time when the revolution of the Islamic Republic of Iran came to a conclusion in 1979, adding to their occupied area large swathes of land in Lebanon, Jordan, Egypt, and Syria. Although they had further moves in this regard well after the revolution of the Islamic Republic of Iran, they tasted a hard failure following the public resistance in Beirut in 1982.

No doubt these were influenced by the revolution of the Islamic Republic of Iran, turning the Zionist regime from an aggressing, expansionist regime into an isolated, shrinking entity. This wave is spreading fast. Right now what we hear against this regime has gone beyond Arab and Islamic countries to reach Latin America and Europe.

The barbarity of the Zionist regime, especially in attacking the caravan of freedom (Gaza flotilla raid) and what was witnessed in Europe, has been a turning point. European officials, spurned by public awareness of the crime, were forced to become active and in their private talks with Zionist counterparts, raise their voices against the savage acts and announce that such acts had blocked their way to support the Zionist regime.

The genocide called Holocaust was in fact a Zionist order. To justify the genocide they are carrying out under their Talmudic beliefs they are forced to accuse the opposite side with the same charges. We can surely say that the Zionist are the world’s race which believe in genocide who have received written order and they want to follow it. The fact is sometimes revealed by Zionist Hakhams, talking of the need to kill Muslims and non-Jews.

Real holocaust exists in the faith of Zionists, who, if they find the chance, they will act upon it. During the course of the past 30 years they have failed to implement their belief due to the existence of the Islamic Republic of Iran which has acted as a sturdy stronghold against their filthy policies. But the Holocaust plan from their side is an excuse to kill the race of Palestinian people. This fact cannot be denied under any circumstances, since whoever takes a brief look at the Talmudic literature and even educational books of Zionists which they give to their children, he/ she can well realize the Zionist belief about the necessity to kill any non-Jew in the world.
Tags:
scandalized zionist regime ، islamic revolution ، navideshahed
Subscribe to newsletter