News ID: 385556
news » Interview
An Interview with Diving Team Commander of the Martyrs of Airbus

The 30 years nightmare and the black box which never found...

“Colonel Mansour Qasemi “one of the commanders of diving team of the Islamic Revolutionary Guard Corps was the first team which reaches the scene….

"Colonel Mansour Qasemi "one of the commanders of diving team of the Islamic Revolutionary Guard Corps was the first team which reaches the scene….

This day is recorded with all details in his mind such as : finding corpses and the destroyed parts of the plane… All looks, words, tears and sadness stood together to create an unforgettable day in the history of our country. Whatever you read in the following, is an interview with the colonel Mansour Qasemi:

Where were you on the day of incident?

At 8 AM we started a military mission at Straight of Homuz, as I was diving at the depth of 35 meters I understand that my workmates were pulling up my rope, when I reach the surface of water, something may happened, I said myself. What is the matter? I asked them …. We had a connection with center and told us to move to southeast of Hengam Island., they said… we got ready and moved to the destination

What was your responsibility at the time?

Could you please tell us the details?

No details, we only receive the message; we did not have any information about the details. It took 10 to 15 minutes to reach the scene as I said before; we were the first team which reaches the scene. 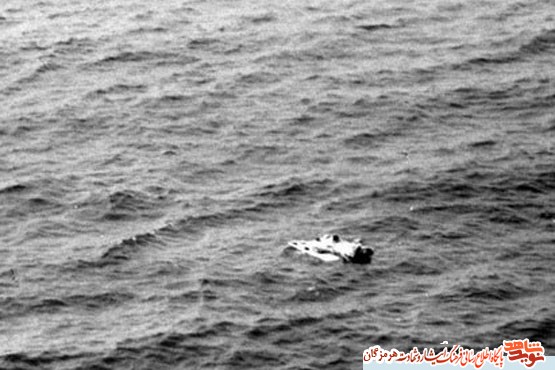 What was the first thing that you had faced with?

It was as if nothing was happened, there were nothing on the surface of water. At the first moments of our operation there were no signs of crash since the plane exploded in the sky, it was so hot, we searched for 20 mins without any result, we decided to move back, suddenly I saw a black thing which was floating on the surface of water, and we went toward it. It was a CHADOR ( a large piece of cloth that is wrapped around the head and upper body leaving only the face exposed, worn specially by muslin women) so, it became a clue for us to believe that the plane crash was correct. We marked there , after a while the lighter objects came up slowly.

What did you see on the surface of water?

Souvenirs such as: Lots of walnuts were floating on the water and several dolls, rescue vests which were torn.

As we heard, you were the first group which reach the scene, is it right?

Yes, the other forces such as: Army Diving Forces, Guard Corps Diving Forces and Navy helicopters etc. joined us for help.

How did you start the operation?

When the light things came up slowly, we concluded that plane crash happened exactly here, so we started the operation in the depth of 35 to 40 meters. 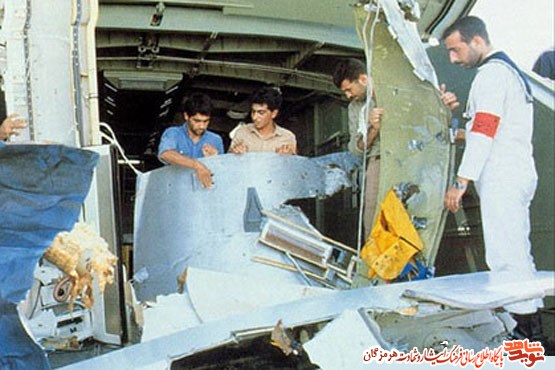 How long the operation lasted?

Not only we were searching g for corpses; but also, finding parts of plane was important for us. It was a hard and painful operation since the corpses were drifted apart and came up slowly on the surface of water and unfortunately the black box which was never found.

How did you transfer the corpses?

Whatever we found, transferred to the beach, it’s important to say that there are still lots of plane parts which are under water and we can use them in museum as the war document, if they ( parts of crashed plane ) come up.

Tell us about the most painful scene that you had in your mind?

…..I really cannot forget them, all the scene were painful … I remember that when we were pulling the parts of plane up, we found a part which 3 seats were connected to it, that was heavy… that was most painful scene that I experienced … there was a mother who hugged her child.