A political analyst and Islamic scholar based in Leicester, the United Kingdom, described the Israeli regime as “a criminal entity built on theft and murder” and said Palestinians can remove the entity from their lands only through resistance. 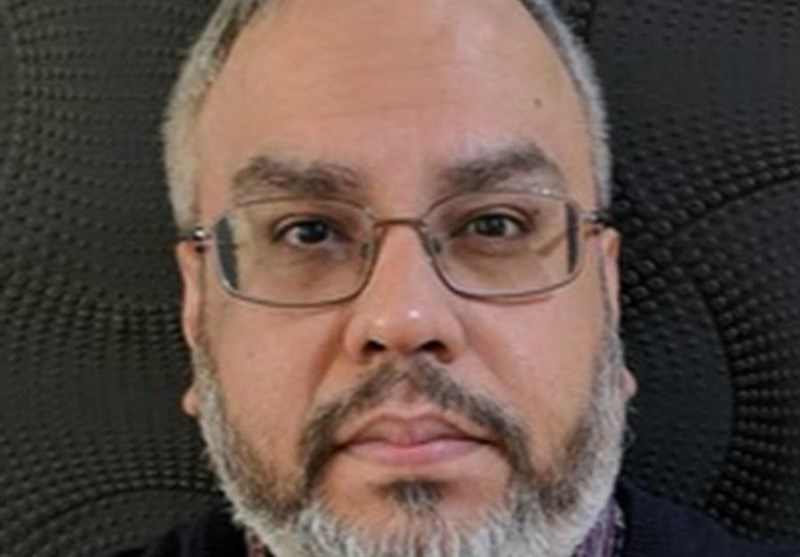 "It (Israeli-Palestinian conflict) has been on-going since the United Nations capitulated to the Zionist project at the behest of its "permanent five members", and declared the birth of the Zionist Entity, a criminal entity built on theft and murder,” Shabbir Hassanally said in an interview with the Tasnim News Agency.

"Indeed the only solution for the Palestinian issue is Resistance, a resistance across all the various spheres,” the scholar said.

Following is the full text of the interview:

Tasnim: Israeli soldiers shot and wounded 130 Palestinians during last week protests near the Gaza Strip border, according to the enclave's Health Ministry. Since March 30, Israeli forces have killed more than 200 Palestinians during the weekly protests dubbed the "Great March of Return” along the Gaza border. Most of the dead and the thousands wounded were unarmed civilians against whom Israel was using excessive force. What is your opinion about the developments and the Israeli regime’s crimes?

Hassanally: I feel that the Zionists are getting more and more brutal, and there is a reason for this.  Firstly, we can see that the Zionists are never held to account by any of the world powers for their disgusting behavior. They are permitted to get away with their crimes against humanity without any consequence. This creates a psychological paradigm in the mind of the Zionist oligarchy. They feel that they are being fully supported and that their story suggesting that the unarmed Palestinians - women and children for the most part - are somehow an existential threat to the well armed and equipped Zionists, is accepted by the global populous.

On the other side, amongst the reasons for the lack of an outcry from the global powers is the sword of Damocles being held over the world by the Zionist lobby. To speak against the Israeli crimes is to immediately be declared "anti-Semitic" and therefore a "racist".  This fallacy has the world in a catatonic state vis-a-vis condemning the Zionists.

It is important for the world, for its sanity and if there is any honor left within it, to understand that the entire premise of the United Nations was to prevent holocausts from happening again. Just because a person was the victim of a horrific crime at one point, that doesn't make the said person immune from committing a similar if not the same crime again. It is up to the world to realize this important point and to point the finger of blame squarely where it belongs and to take the appropriate remedial action to bring the criminal to justice.

Like in the Nuremberg Trials, they pointed the finger at the Nazis for crimes against humanity; the same needs to be done with the Israelis. If the United Nations declares itself a champion of human rights, democracy and the rule of law, then it needs to hold those who consider themselves above the Law - such as the Zionist regime occupying Palestine, who act in a manner that reveals they believe they will never be held to account for their wholesale massacre and genocide against the Palestinians - to account.

What’s the reason for the Zionists having this mindset?  Because they have NEVER been held to account, and indeed even condemning them is considered "anti-Semitic".

Long term this is actually bad for the Zionists because it will turn them into exactly that which they profess oppressed them. A case of the oppressed becoming the oppressor.

Tasnim: Israeli Prime Minister Benjamin Netanyahu recently warned Hamas that the Israeli military is edging closer to yet another full-blown military operation against the Gaza Strip to put an end to the Hamas-organized protests on the Gaza border. Israeli Defense Minister Avigdor Lieberman said last week that the Great March of Return protests cannot be allowed to go on, urging the Israeli cabinet to back tougher measures. In response, the chamber of Joint Operations of Palestinian Groups reaffirmed commitment to the fight against Israeli occupation and to supporting the protests. Do not you think that another all-out war between Hamas and Israel is imminent?

Hassanally: I think that an all-out war between the Zionists and the Palestinians has never stopped, it has merely changed states, from hot to warm, warm to cold, cold to warm and warm to hot.

It has been on-going since the United Nations capitulated to the Zionist project at the behest of its "permanent five members", and declared the birth of the Zionist Entity, a criminal Entity built on theft and murder.

This is something that cannot be disputed. If the Zionists were really secure in their claim that somehow God became a real estate agent, turned around one fine day and gave them the land of Palestine some 2000 years ago (a claim that has been refuted by historians and theologians from all various schools of thought including Judaism and Christianity, not to mention Islam), then they would not react with such fear and trepidation at the sight of a child with a stone, or even a balloon, looking into his face and saying "You have stolen from me".

The thief is always nervous, and indeed as the saying goes a thief has but 40 days.

In the past, the Zionists have been in a hot state of war with the Palestinians, and previously they had been successful, but since 2000, there has been a change, the Palestinians have seen the way the Zionists were defeated in Lebanon, how they were thrown out with their tails between their legs from Lebanon by the Islamic Resistance, and they have renewed hope.

Previously the war was between the Arabs (Egypt, 'Saudi' and others) against the Zionists, however for quite some time now, the so-called Arabs have developed a close friendship with the Zionists. The reasons for this are lengthy and detailed and I'm not going to go into them at this time for the sake of brevity; however this is the de-facto status quo now, the majority of the Arab entities are now allied with the Zionist Entity - naturally under the auspices of the American Empire.

This is actually not a bad thing for the Palestinians. The Palestinians now know they are essentially alone, and their only allies are the Resistance Axis - that is the Islamic Republic of Iran, Syria, Lebanon, Iraq, and Yemen - however, most of the components of the Resistance Axis are fighting their own internal turmoil and strife that has been instigated from the outside by the Zionists, their Arab allies and their American Masters.

Therefore, the only option left for the Palestinians is to make an honorable resistance, knowing and having certainty in the fact that the Zionist are at their core cowards, and cannot face even a child with the look of Truth in his face. Knowing that they are not invincible, and can be defeated and have their back broken.

This has been evidenced in 2008/9 and in 2014, and to this day, when the Zionists with all their sophisticated weaponry and huge support from the American empire were unable to break the back of the Palestinian Resistance and people in Gaza, even though it must be noted that the capitulated so-called Palestine Authority out of the so-called West Bank provided virtually no support to their brethren in Gaza.

In more recent times, there has been more of a unity within the Palestinians, especially since Trump decided to complete the Zionist theft and declared that Jerusalem al-Quds - the Capital of Palestine - had somehow become the capital of the Zionist Entity - a farcical claim that can be refuted and broken very easily - but again I digress.

This declaration by Trump has united the Palestinians, and indeed even the Arab, Muslim and all free people across the world.

Even though the Arab "leaders" - be they in Egypt, 'Saudi' Arabia, Jordan, or in one of the many Oil Fields and Shopping Malls with flags across the Persian Gulf - might be in bed with the Zionists, the people are a people of honor and dignity, and they know that Palestine is not Trump's to give away - the same way it was never Balfour's to give away.  That God is not a realtor and doesn't oppress one people to appease another.

Palestine, they know, is for the people of Palestine, is a holy land to the Abrahamic faiths and to all free people of the World.

Tasnim: Israel has rejected international calls for probes into recent deaths and insisted that its open-fire rules for Gaza will not change. Some Western states, particularly the US and Britain, who call themselves champions of human rights, have supported the Tel Aviv regime’s crimes against Palestinians. The UN has also failed to restore the rights of the people. What is your take on that?

Hassanally: As I have mentioned, the United Nations has been compromised from its birth. The United Nations legitimized the existence of the Zionist entity and indeed legitimized by extension the ethnic cleansing and genocide against the Palestinians, and all of this was to thunderous applause from the "global community".

To expect the United States or the United Kingdom to chastise or speak out against the crimes of the Zionists is akin to expecting that the Arab Zionists (aka 'Saudi' Arabia and their Arab lackeys) will have a legitimate and just investigation into the genocide they are committing in Yemen. After all the Nuremberg Trials were held and presided over by the "Allied" forces - i.e. those who were fighting against the Nazis. To expect the US or UK to speak out against the Zionist crimes would be like allowing the Nazi's to investigate themselves at Nuremberg.

Indeed the only solution for the Palestinian issue is Resistance, a resistance across all the various spheres.

Before concluding, it is important to understand that in the same way that so-called "Saudi Arabia" has usurped the name of Islam and manufactured Takfirism/Wahhabism; the "Israelis" have usurped both Christianity and Judaism and created Zionism.  Zionism and Wahhabism/Takfirism are two sides of the same coin; and are in no way, shape or form connected to Islam, Christianity or Judaism. Indeed the greatest victims of these two aberrations are the people who follow Islam, Christianity, and Judaism.

The reality is that the lines are now very clear for all to see. The side of the oppressed and that of the oppressor are clear. The question for the world is very simple: On which side will you stand?

And from God alone is all ability, and He has authority over all things.