you must accept Number 14

A night before Valfajr Operation, we lived in a house in Islam Abad. As he came to home, showed me a paper. He wrote 13 names of his friends but number 14 had no name. 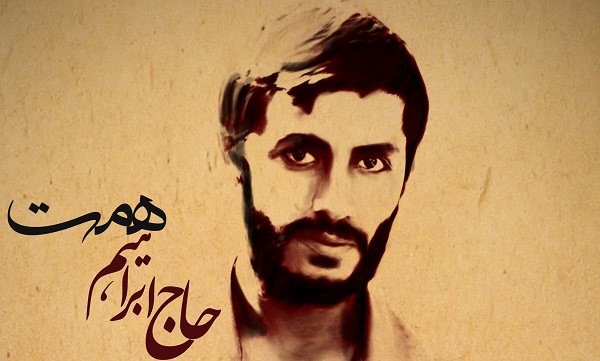 By the report of Navideshahed (Iran):

Birth and childhood
In the year 1333 AD the city mentioned was born in a religious family and faithful. In childhood, his mother - who was the believing woman - lost. In Urmia finished elementary and high school and high school (along with the testimony of his brother, Ali Bakeri the executioners SAVAK) was into the political process.

Political activities - religious
After graduating from very affected despite the death of his brother and was sadden, to found the university and was studying mechanical engineering. Since the introduction of the University of Tabriz, one of the fighters of the college. He along with his brother Hamid to bring to the city.

Shahid Bakeri during his political activities (according to confidential documents obtained) of the Organization for Security East Azerbaijan (Savak) was monitored. After a while, Hamid to communicate with other fighters, sent to foreign countries to send arms to militants inside the country.

M. Shahid Bakeri soldiers in the period following the declaration of Imam Khomeini (RA) - While the duty officer was in Tehran - the barracks escape and secretly lived and carried out various activities for the Islamic Revolution.

Shahid Mahdi Bakeri marriage coincided with the start of the war. Colt gun was his wife's dowry. Two days after the contract went to the front and then two months into the city and the interests of the region, with responsibility for Jihad province's valuable services to the people.

Shahid Bakeri over responsibility as commander of Army operations Urmia extensive efforts to establish security and removal of the filth there Vabstgah and mercenaries East and West did and despite various responsibilities around the clock activities, after the start of the war, their task of jihad with the infidel Baathist and Islamic homeland invaders to be fronts vision and path.

A night before Valfajr Operation, we lived in a house in Islam Abad. As martyr Hemmat came to home, showed me a paper. He wrote 13 names of his friends but number 14 had no name.

I asked: what are these? It is the list of martyrs, he said.

Martyrs? I asked …. Yes the martyrs of Valfajr Operation

How do you know? I asked

We know who will be martyr

How can you? I asked

There are lots of signs such as: their faces, words, actions, behaviors and their loneliness he said.

It depends on you and it’s you who should accept it, he said.

I understood the matter, but why me? How could I wish his martyrdom, I loved him so much.