The book " Daesh ; thoughts and Organizations "

" Khavarej " those who had left Islam , stood against Holy Quran by the slogan of " there is no word except the word of God " Daesh Takfiri Groups followed their way and they kill people by the name of God and they stood against muslims especially the Shias . 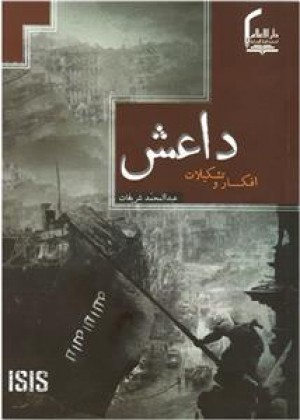 We totally prepared some information which analyzes the history of their foundation , changes , organizations and some of their ( takfiries ) education . these information were conducted from a valid sources which is available for those who like these topics .

Now let's introduce you the chapters:

2) The history of the terrorist organization – creation of Daesh

3) The relation of Daesh with other organization

4) The organization of Daesh

5) Islamic government of Iraq and Syria

6) The strategies of Daesh against the countries and different groups

7) The crime of Daesh in Iraq and Syria

8) The ideology of the terrorist organization medias

9) Their thought and belief in creation of a government

10) Islamic clergies points of view against the creation of Daesh

11) The factors and effects of the Daesh creation

The information about the book :

Those who enjoy these kind of topics , can easily find the book in the valid library .