Who is responsible for the war between Iran and Iraq ?

The thesis with the name of " who is responsible for the war between Iran and Iraq " published in 1997 . it analyses the responsibility of Iraq in the imposed war .
By the report of Navideshahed :

The researcher had used 25 sources to prepare this thesis and conducted it in 10 chapters . 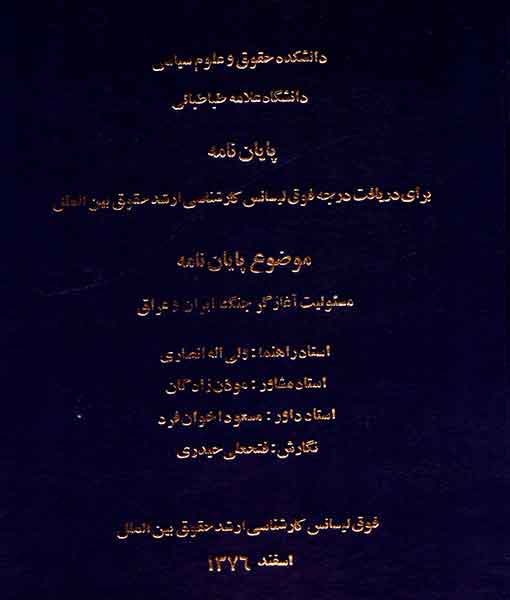 These are the results of this research :

- Unilateral abolition of the boarder treaty in 1975

- Imposed war and its effects on the 1975 treaty

- The reaction of Iran against the Iraqi war

- Prohibition of non - use of force

- The effects of the war

- The differences between border clashes and armed conflict

- The crimes which had international responsibility

- The war initiator is the responsible

Those who enjoy the thesis can find it at the " Issar and Martyrdom " specific central library in Tehran.