One hundred and fifty sixth NO of Youth Shahed , social – cultural monthly magazine , published in the recent month . this magazine is specific for 17 to 25 years years old . 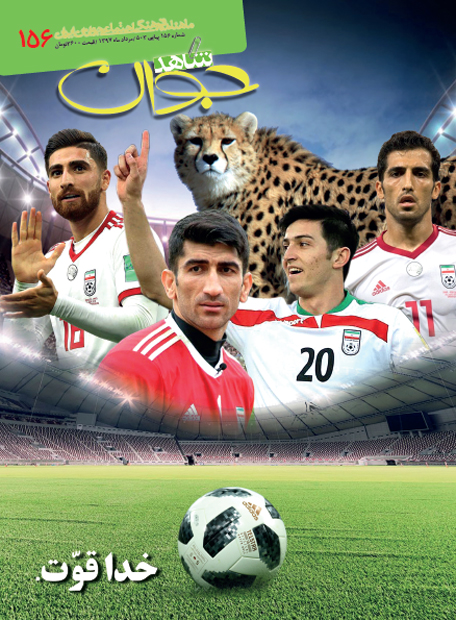 By the report of Navideshahed ( Iran ) :

There is a sentence from the statements of the Supreme Leader of The Islamic Revolution at the second page which was about the " Journalist's Day " , " journalists will record the destructive moments " .

some titles were published in this magazine , such as : " we are the children of war " , " Martyrs of Mina " , " being rational is a common behavior of us " , " journalists are the factors of community awareness " , " human's dignity , a document to keep the human rights of the Islamic Revolution " , " these days children " , " social entrepreneurship " , " poem " , " cross word puzzle " , " oil industry from the birth to the coup " , " fight against depression by exercising " treat mental problems by watching movies " , " Great Museum of Khorasan " , " biography of martyr Tonguyan with his workmates " , " missing peace in the war " , " scientific solution for saving water " , " gray city " , " the history of Iran National Team in the world cup " , " book bazar " , " the importance of prayer for a non- Muslim " and " caricature " .

at the 12th page we read :" Journalists are the factors of community awareness " 17th of Mordad ( Lunar date ) is the day of " Journalist " . Now let's take a look , at this day and be familiar with activists of the society , the great day of service to people .

a man said : our Prophets were a kind of Journalists too . they informed human beings about the doomsday , they also informed us Towhid and the other worlds .

Mahboub Shahbazi is the editorial in chief of the monthly magazine . it was published with the price of 3600 Tomans . It is specific for 17 to 25 years old . to buy the magazine you can call 88823584 .