The audio book of women martyr of Kohgiluye and Boyer Ahmad province which will describe their life and biography will be produced , an authority explained in brief . 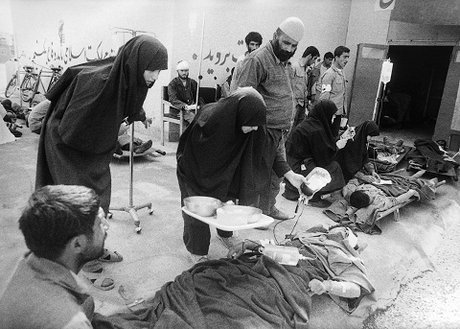 The audio book of women martyr of Kohgiluye and Boyer Ahmad province which will describe their life and biography will be produced , an authority explained in brief . this year 33 titles of books which are about ; poem , research , script ( play ) , screen play , biography and martyr's memory are going to be produced in which 3 of them will be audio books . Amir Abbas Asmand said.

He also added: the martyrs of Kohgiluye and Boyer Ahmad province played an important role during the 8 years of holy defense and stood against the crucial regime as men did and grew their children from Islamic generation .

This province has 3 women martyrs who are very famous and we all are proud of them. This audio book will explain their life and biography during the sacred defense and will be available for whom enjoy it . some audio book such as ; " child's dream " it was specific for children and " a door which opens in a nice alley " it was specific for adults , were published by the literature unit last year .

Yasouj university selected as the best university among the province and took the responsibility of collecting documents and coding them .

Finally we can prepare scientific articles with those documents . finally he told us about the important roles and actions of people of the province during the sacred defense .