The martyr Hadi hospitality draw with prisoners did

Whatever was left food and water delivered to Ibrahim. He is every bit a canteen of water and five meals. It captured five Iraqis also gave each a bottle of water! Some of the guys from this work were upset, but Abraham said, they are our guests. 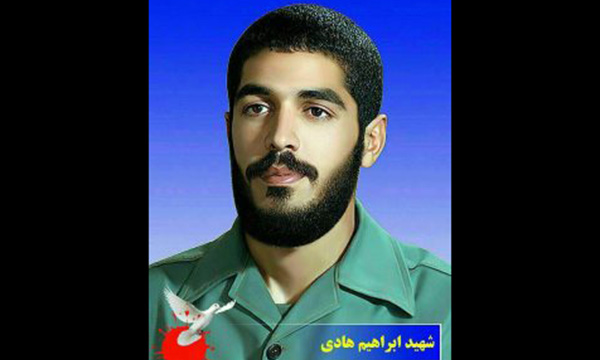 Navideshahed, Dear our martyrs for dignity and dignity of Islamic Iran of their life and property. When the life of the martyrs we have reviewed what the interesting notes of sweet, but we live a simple life. "The martyr Ibrahim also conductor of the Basij in the West front was against the Baath regime created epic and his" life until the last moment of our service territory. Because of the cutting from the book "sweet greetings to Ibrahim» with the Narrator Gary m. ramezani have echoed to you that you read the following:

Although my age was not high, but thanks to Allah with the best of his servants in the battalion to be accompanied by Camille. We began operations at night to the third channel. This channel was small and nearly one-meter height. Unlike the second channel is large and full of obstacles.

That night all the kids returned to the second channel. Tubules that later became the famous Camille channel name. I, along with other force spent five days in this channel. The next morning, Iraqi snipers to target a creature any more. We are the strange, the days spent during the siege. I remember well that physical power with its conductor and Abraham with the awe of it channel foot head was kept!

Our battalion commander and Deputy of martyrs and injured. So the only person who will manage the force of Abraham. He divided the force. All three persons of a group and each group with the distance of the point of the channel is based. One person was on the edge of the channel and helped care for the situation of the other two is within the Canal beside him. The end of a canal curvature. Ibrahim and several others were transferred to the martyrs of the see the kids away. The Retriever is taken up to the corner of the Canal under fire.

Ibrahim that day with a call to prayer Adhan kids ready. We are in the adverse conditions, the Congregation prayer promise! Abraham this will give us morale and hopes all the force into the future. 2 days after the start of the operation and the second stage after the end of the unsuccessful attempt more kids! Wanted a way to exit out of this deadlock. In the last contact that we had with the Division Commander (martyr) hajipour with discomfort, said: we can't do anything if you can in any possible way back.

Thursday 21 February was that of facing and behind us, the sound of tanks and personnel carriers were more! The guys on the walls of the channel fine stepping mode. Some thought the contingent will come for us, but not our siege had been tighter! Iraqi commandos front tank cover. It understood that, in this Tundra just inside the left channel power!
Remember that a teenager named martyr Syed Jaafar, XP r j hand picked up and went up the stairs and shoot the enemy tanks with a precision. So it was that little retreat. Kids with their successive firing of Iraqi commandos killed and several members of the force that captured much had come forward.

In those conditions, now is the time to gather the five prisoners were added to us! The lack of food and water also had us confused or annoyed. EBay even more force and tired in the corners were channel. The tanks that were their own speaker distance channel lit! It turns out that the person was from the photos is to start talking to the Iranians and said: Let's go do surrender cool water and food is prepared for you Let's and also we are being encouraged to be captured.

Thirst and hunger was spared all of the cut. How many kids go to surrender: Let's say we did ourselves no other hope to save us. One of the kids is the same as the Basij said: If today we captured Iraqi tv and showed us and see our Imam and upset what do geared? Unless we نیامدیم that the Imam's happy hearts? So talk to your submission was that someone. Abraham when the kids were happy to see comments and said: so should we collect food and ammunition and between the force split.

Whatever was left food and water delivered to Ibrahim. He is every bit a canteen of water and five meals. It captured five Iraqis also gave each a bottle of water! Some of the guys from this work were upset, but Abraham said, they are our guests.

We also collect ammo and healthy people had put up to guard. Dawn the next day, i.e. January 22, enemy tanks went back a bit! The number of children the opportunity to use the multiplayer and in the back, but some of it went to the wrong on mine. The next time the volume of enemy fire was too much. No other person would not do. Age of 22 January, enemy commandos after intense rain bullets came to our side channel!

An Iraqi officer of a stair path that kids were made to enter the channel. A soldier also was behind her head. Our first injured a kick. When you know that he is alive to the soldier said, shoot. The injured soldier is shooting with us and was martyred. Innocent teen who was injured the next a Baathist officer kicked as she ran! Later, the soldier said: tough. The soldier refused and did not shoot! The Iraqi officer in our presence gave her head. But the soldier went back and willing to shoot!

Colt officer gun pulled himself together and a bullet for him. Iraqi soldiers at the side of our martyrs fell down! Iraqi officers also went out of the channel quick! Then the firing order and Sunday.

Minutes later the Iraqis with the impression that all the people inside have been martyrs returned channel. Not another sound of the shooting. A strange silence in the sunset with fake created! I and several other people who were in the midst of the martyrs of surviving long. A little look around. Someone wasn't there most of those who survived the injury. The weather was quite dark when we started ourselves and move before the clear air unless we ourselves to recruiting Insider and.