Iran remembers victims of passenger plane downed by US 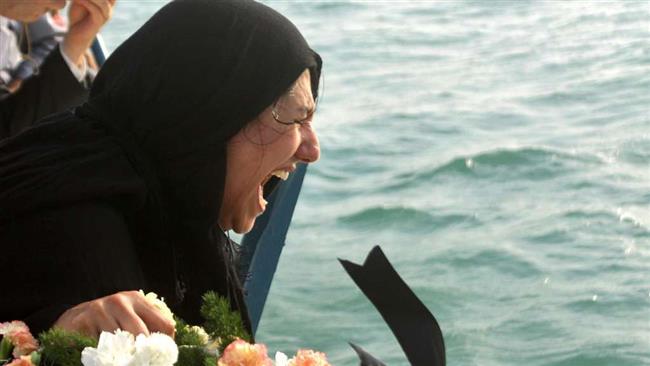 The civilian aircraft, an Airbus A300B2, was flying in Iranian airspace over the Strait of Hormuz from the port city of Bandar Abbas to Dubai, carrying 274 passengers and 16 crewmembers on July 3, 1988, when USS Vincennes fired two SM-2MR surface-to-air missiles at it.

One of the missiles hit the plane, killing all the 290 onboard.

On Monday, the Iranian Foreign Ministry issued a statement to commemorate the victims and once again censure the US Navy’s "horrific crime.”

"A look at the precedence of the US inhumane behavior, which is manifested in massacring innocent people across the world, including the aggrieved people of Iran, indicates that  such an attitude has been institutionalized in various US governments in pursuit of their own goals,” said the statement.

US officials claimed the warship had mistaken Iran Air Flight 655 for a warplane. This is while the warship was equipped with highly sophisticated radar systems and electronic battle gear at the time of the attack.

A year later, the captain of the USS Vincennes, William C. Rogers, was cleared of any wrongdoing in the incident, and was even awarded America’s Legion of Merit medal by then President George Bush for his "outstanding service.”

The atrocity especially stoked anti-American sentiment as it coincided with the final year of the former Iraqi regime’s eight-year war, which had been waged against Iran with Washington’s all-out political and material support.

The statement added that the Iranian people hold to account the so-called advocates of human rights for ordering and perpetrating this atrocity, and for committing crimes and inhumane acts.

The Islamic Republic wants all those behind the tragedy to be held accountable for the crime, said the statement, adding that the Iranian nation will never "forgive the perpetrators.”