Rallies to Continue in Nigeria until Freedom of Sheikh Zakzaky: IMN Spokesman

Ibrahim Musa, the spokesman of the Islamic Movement of Nigeria (IMN), said Nigerians will continue their peaceful protests across the African country to secure the release of imprisoned Shiite cleric Sheikh Ibrahim al-Zakzaky and other detainees. 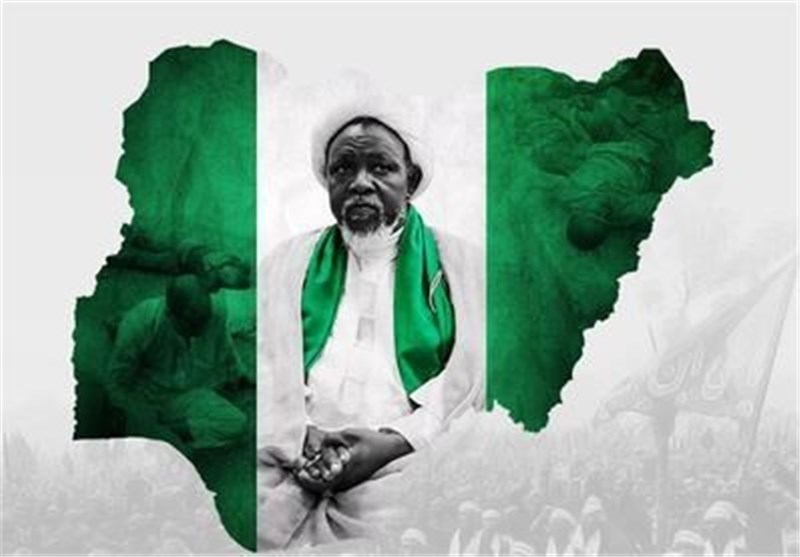 "For now we have been holding peaceful rallies and protest marches in various state capitals especially in 18 of the Northern states. We will continue to do so from time to time. And from now onwards we will spread our protest to Abuja the capital city also from time to time until our demands are met,” Musa told the Tasnim news agency.

Following is the full text of the interview.

Tasnim: On September 22, members of the Islamic Movement in Nigeria continued calling for the release of their leader Sheikh Ibrahim Zakzaky by holding peaceful protests. But police used tear gas to disperse demonstrators who had taken to the streets of Abuja to once again push for Sheikh Zakzaky’s release. What is your take on this?

Musa: It is true. On September 22, members of IMN trooped to Abuja and met with those living in the city and started the peaceful march around NICON junction in the central area of Abuja. After a while, a combined team of police and the army cordoned off the street on which the protest march (was taking place), and fired canisters of tear gas. They wounded several members of IMN.

However, IMN members marched on till they reached their intended target and terminated the procession there. Some were arrested on the scene but were quickly released. But some 12 others were arrested on a roadblock mounted by security agents on the entry point of Abuja, among them were 5 Muslim sisters. They were prevented from joining the protest but they are still in police custody for five days, before they were granted bail.

Hundreds coming from Adamawa and Gombe states in the night were also prevented from reaching Abuja at Jos; there were detained. But the following morning, the security agents escorted them back to their states they came from.

The IMN made a statement saying the police attack on the procession is illegal and contravenes our Constitution.

Tasnim: Why is it that after so many months have passed, Sheikh Zakzaky and his followers are lingering in state of limbo as no court session has been held yet?

Musa: The problem IMN encountered at the Courts was that judges went on annual holiday. However, the sitting resumed on September 20, and the case was again adjourned to October 5, 2016.

As for those 191 in detention in Kaduna prison, the court resumed today and the case was adjourned to 19/09/16.

Tasnim: Give us your thoughts on how events have transpired following the Zaria massacre. What might the future hold with respect to the country’s Shiites and their future?

Musa: For now we have been holding peaceful rallies and protest marches in various state capitals especially in 18 of the Northern states. We will continue to do so from time to time. And from now onwards we will spread our protest to Abuja the capital city also from time to time until our demands are met.

As for the future, we are optimistic that Allah will judge between our oppressors and us soon. This is not the first time Sheikh Zakzaky and IMN were clamped upon by the aggressors, but each time he comes out victorious. This time around victory is on our side because we are on the side of the truth of Ahlul bayt. For the past nine months, no criminal charge has been brought against Sheikh Zakzaky, an indication that the government couldn’t pin him to any offence. Ultimately, they have no option rather than releasing him.

Tasnim: It has been reported that those arrested have been denied adequate medical care despite being critically wounded. Sheikh Zakzaky is not being allowed to see his doctor and lawyers. Kindly explain on this.

Musa: It is true Sheikh Zakzaky has been denied proper medical attention. He has already lost his left eye during the attack on his house by the Army. It is the right eye that is also going blind. His left arm that has bullet wounds also need serious medical care, which the authorities have denied. His wife, who is in detention with him, has a bullet lodge close to her spinal cord still. She also needs medical attention. Though in Kaduna prison, where 191 are still being detained, some are still living with gunshot wounds as a result of the Military attack, the government has so far turned deaf ears to our demand for their release and treatment before competent Doctors.