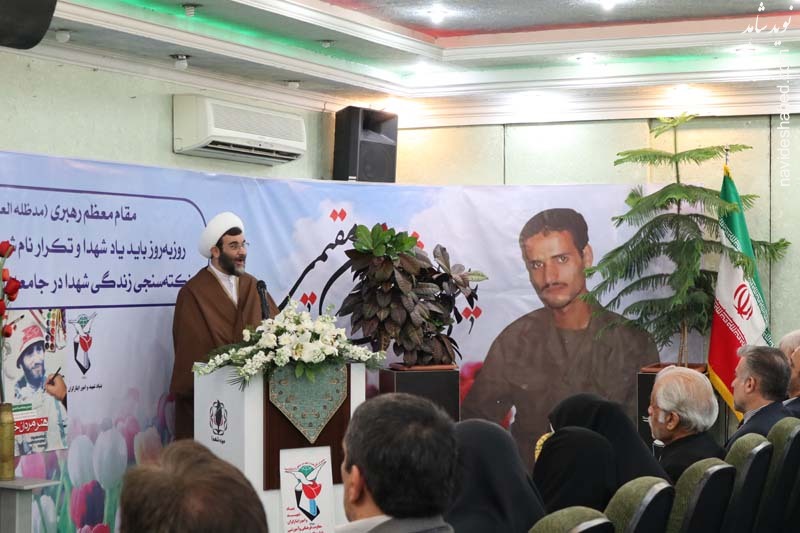 Navideshahed: on the eve of the Islamic Revolution victory anniversary and martyrdom anniversary of Hazrat Omol Banin (SA), the exhibition "arts of the men of GOD” opened at the martyr’s museum with the presence of the martyr’s families. The following exhibition was held by documentary and publications deputy with the title of "arts of the men of GOD” in the Haj Qassem Soleimani hall at the martyr’s museum.
Hojatol Islam Mohammad Hasan Kaviani Rad the Educational and cultural deputy, Dr. Rahim Narimani the Director General of publications and documentary, Ashraf Boroujerdi the manager of documentary Organization and the National library and Farideh Olad Ghobad  member of the Islamic Parliament were presented at the exhibition.
During the exhibition the martyr’s families such as: "Hsan Tehrani Moghadam”, "Koroush, Reza and Rouzbeh Helisaei”, "Mir Hashem Torki”, "Alireza Maleki” and "Vahid Zamani Nia were thanked  martyrdom anniversary of Hazrat Omol Banin (SA).
Message End/