Haj Qasem Soleimani and his comrade Mahdi al-Mohandes were assassinated by an airstrike directly ordered by the US President Trump in Baghdad, three days ago. 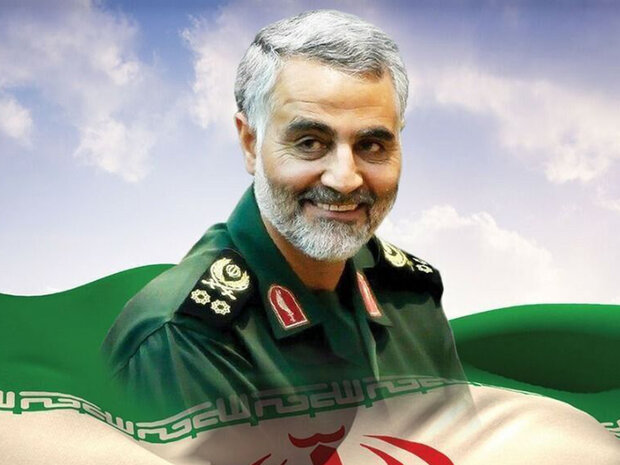 Keeping in mid the simultaneity of assassination of the two major figures, let’s see what Trump is picking up just few days after his naïve decision.

Haj Qasem, as the commander of Quds Force for over 20 years, was playing his major role out of Iran’s borders. Common people in Iran know him for his participation in the 8-year-old imposed war with Iraq besides his undeniable and great role in fighting and uprooting the ISIL in recent years. He is also admired for his simple life style.

The point is Haj Qasem, well-known among his comrades for his kindness, humbleness and braveness, was not interested in making interviews or showing off his achievements. His reputation is to be definitely ever-increasing after his martyrdom. The hero will become a legend. A legend with its own specific culture which will expand and cannot be assassinated.

In Iran, Haj Qasem’s martyrdom, despite the recent unrest and draconian US sanctions and tough economic conditions, reshuffled the nation to stand side by side announcing hatred for Trump’s anti-Iranian policies and more for himself. The ‘unprecedented’ funeral ceremonies of the great Iranian soldier and his comrades held in various cities across the country. Millions of people flooded mourning into streets for Haj Qasem’s sake, which proved Iranians’ anger towards enemies besides their loyalty and thankfulness for the ones who serve the nation and seek to preserve Iran’s dignity.

In hid funeral processions, flags of Iran, Iraq, Hashd Al-Shaabi and Lebanon’s Hezballah could be seen hoisted, which can be translated into a new era for the region. Martyrdom of Haj Qasem, regathered all the regional elements and requirements of the resistance axis. It created a new wave of resistance in Iran, Iraq, Lebanon and etc., which is more anti-US than before. The wave regards Americans as main source of regional insecurity and is decisive to expel them.

Sunday’s Iraqi Parliament’s ratification, Hassan Nasrallah’s remarks and the fifth step of Iran in reducing JCPOA obligations go hand in hand transmitting a big message to the US and its allies.

Martyr Soleimani has been on US streets after his assassination. Anti-war protesters rallied in several American states, New York, Washington and etc., opposing Trump’s measure and his decision to send thousands more troops to the Middle East.

People showed respect to Martyr Soleimani in various cities across the world, too.

International experts have warned of ISIL return after assassination of Lit. Gen. Soleimani, while they condemn the US measure as a terrorist act which can be sued legally in international courts.

For sure, Trump has undermined the consequences of his decision for assassination of Lit. General Soleimani. The US President had blacklisted Haj Qasem as a terrorist, someone similar to Bin Laden and Al-Baqdadi, which he never was.

Trump had no image of what Haj Qasem can do even after his martyrdom. Trump has immaturely ignited a fire which can entrap the US in a predicament in the Middle East. The issue, besides his other warmongering policies, have brought the US into a disrepute.

The US President considered Haj Qasem as an individual but "when you break a huge mirror it changes into million pieces with the same quality,” this is the big lesson for the US. Now, it must wait for the #Hard_Revenge.
Tags:
soleimani ، martyrdom
Subscribe to newsletter