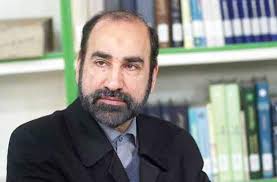 With report of NavideShahed, professional meeting of "the week of research and art of Islamic Revolution” was hold in Sunday 19th of Azar with attendance of "Ismael Amini” and "Muhammad Reza Sangari”.

Muhammad Reza Sangari declared that researching is an academic and methodical attempt and for doing a research must pay attention to a few points, he continued: an Islamic Revolution literature and art’s researcher who wants to work in this field must bear in mind some important issues. The first issue is having knowledge. This is weakness of our time that a researcher hasn’t enough knowledge.

He believed that method and methodology is another important issue for researching works and said: Attitude, understanding the subject and the way of entering to subject also are important. The fourth issue for research is having feature. Feature means having honesty and fairness.

This researcher in response to this question that "do we need to research now?” Said: as we do analysis in economic, political and cultural events, in literature also we must have analysis. Revolution literature needs simultaneous analysis and changes are happening so quickly and new phenomena are created so if we don’t examine phenomena in their time then we would lose a lot of events. Moreover, analysis and examination of phenomena shouldn’t take more than a decade.

Sangari emphasized that we mustn’t lose the existence of creators of Revolution Literature’s works and added: the elements when are existed would help us for understanding the research and we must make notice to them. Many genres of Holy Defense literature is unique. Holy Defense brought up a literary phenomenon that if we don’t notice to it would lose a great part of this period.

He declared: no one didn’t recorded clothes-writings of fighters that are an important part of Holy Defense literature. There were beautiful comics in these writings that were ignored while these were a type of literature.

The wills of martyrs are a phenomenon and a literary genre that if we don’t pay attention to them we would loss an important part of Holy Defense literature.