Mutual Services of Islam and Iran’ to Be Published in Kyrgyz

A Kyrgyz translation of the book “Mutual Services of Islam and Iran” by Martyr Motahhari, will be published in Bishkek, capital of Kyrgyzstan. 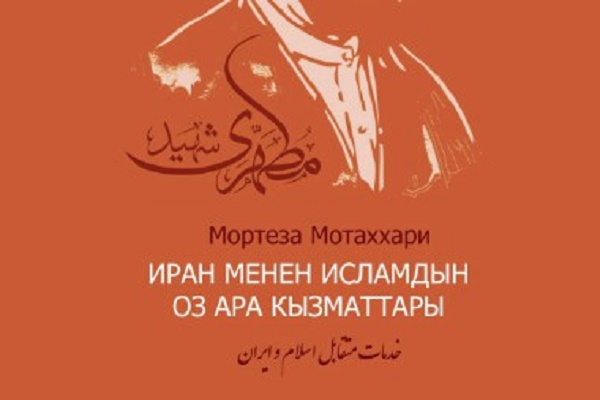 According to the website of the Islamic Culture and Relations Organization (ICRO), the Iranian Cultural Center in the central Asian country will publish the book.

Ali Hakimpour, Iranian cultural attaché in Bishkek, noted that the precious work is a collection of 9 speeches presented by the scholar in 1969.

The book includes discussions on Islam and Iranian nationality, Islam’s services to Iran and the services of Iran to Islam, the levels of fiqh (jurisprudence), philosophy and mysticism, and the role of Iranian intellectuals in development of various sciences during the Islamic civilization, etc.

The Iranian official thanked those who have cooperated in translation and publication of the book.

Mortaza Motahhari (b. 1338/1920 - d. 1399/1979) was a prominent shia jurist, philosopher, theologian, thinker, and writer of the twentieth century. He was a student of ‘Allamah Tabataba’i and Imam Khomeini (RA) and was considered to be one of the most influential contemporary Iranian clerics in expounding upon Islamic teachings, in keeping pace with the need of the time.

Islamic concepts that were earlier dealt with in a complicated and difficult manner were presented by Motahhari in a simple and easy manner in his own personal style.

His books on different topics have been repeatedly published in Persian and other languages.

Kyrgyzstan is a Muslim majority country in Central Asia. Nearly 90 percent of the country’s population are followers of Islam.
Tags:
navideshahed ، motahari
Subscribe to newsletter