Bahrain’s most prominent Shia cleric Sheikh Issa Qassim has been hospitalized in Tehran to undergo some medical tests. 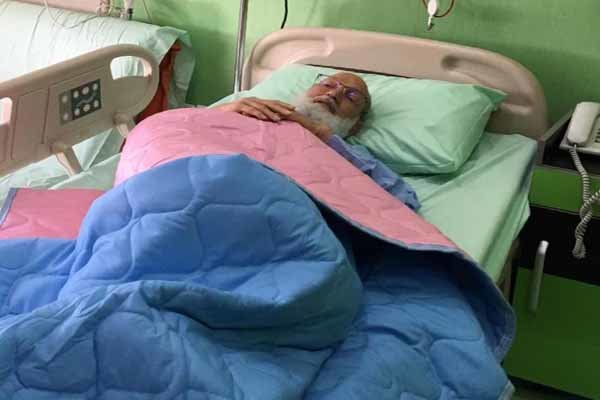 Navideshahed:
According to Almughawim, which is an institute for preserving and publishing the books by the Bahraini top cleric, Sheikh Qassim arrived in the Iranian holy city of Mashhad on February 2 to visit the he holy shrine of the eighth Shia Imam.

Before travelling to Iran on a pilgrimage journey, Sheikh Qassim was in Iraqi holy city of Najaf, where he visited the holy shrine of the first Shia Imam.

While in Najaf, Sheikh Qassim also visited Grand Ayatollah Ali al-Sistani as well as the Chairman of the Islamic Supreme Council of Iraq (ISCI) Ammar Hakim.

The senior Shia cleric had arrived in Najaf from Britain, where he received medical treatment after his health condition was deteriorated for being under house arrest since May 2017 by Bahraini al-Khalifa regime.

He is leading an opposition movement in Bahrain against Sunni al-Khalifa dynasty demanding an elected government in the Shia majority country.