“Davoud was a perfect human”

Ayatollah Amjad glorified the high position of martyr Haj Davoud Karimi and he added: “Davoud was a symbol of honesty in Islam and it means he could be interpreted as what has been mentioned in the sermon ‘Motaghin 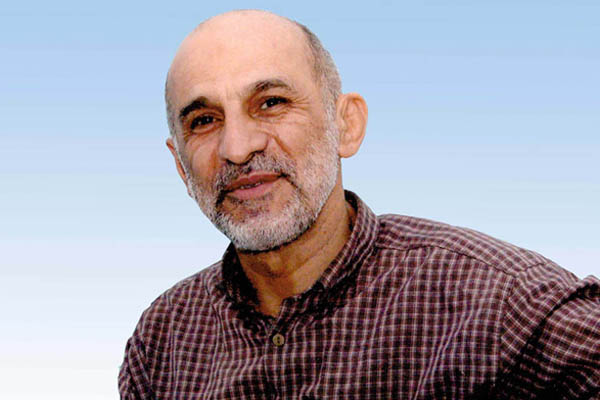 Navideshahed:
According to the reporter of Chemical Weapons Victims Information Base, the 8th martyrdom anniversary of Haj Davoud Karimi was held in the public cemetery of Tehran by reciting some Koran verses by Mr. Musavi Baladeh. During this commemoration, some of the comrades of the martyr, the war veterans, families of martyrs and the souvenirs of martyr Hemmat, martyr Abbas Karimi and martyr Namju were present.

Ayatollah Amjad during a speech appreciated the personality of martyr Commander Karimi and he added: "Martyr Karimi was a symbol of accurate Islam. Davoud would never disrespect his mother and he would never remove smiles from his lips. In fact I saw Islam in Davoud.”

At the continuation of this commemoration, Mr. Farahani expressed some memories regarding Ayatollah Amjad and martyr Karimi and he expressed a memory regarding some months before the martyrdom of this commander and he said: "During the final months of the lifetime of this martyr, some of the friends of this man visited Haj Davoud Karimi. Ayatollah Amjad stood up in front of the door of Haj Davoud’s house and when he was in his bed said: "Dear Haj Davoud, hi, stand up and lets us to wrestle. You can beat me on the ground, so that the Imam of the time can laugh by seeing this scene! Tonight I have come here in order to kiss your sole and to rub it on my eyes! You are my brother; you have not sent any news about yourself to me for many years and you have abandoned me! Didn’t you say that I as an old man will miss you so much? Last night if that person (me) would not say that, I would stay unaware about too!”

Martyr Haj Davoud talked about the procedure of his diseases and different surgeries that he had in Germany after being sent there and he also explained the good behavior and kindness of professor Nejabat, the Iranian physician living in Germany and he smiled and he had put the glands that he had removed from his body in a line which had reached one meter!”

Mr. Farahani at the continuation of his words added: "Since it was the final nights of Safar month, Mr. Cleric eulogized for him and he cried in tears. After that the Mr. cleric started making jokes and he and Haj Davoud laughed so much…”

Ayatollah Amjad at the time of saying good bye to the respectful spouse of Haji recommended: "My daughter, this Haj Davoud is one of the great characters of God, therefore serving him means serving God!”

Mr. Farahani by mentioning the martyrdom news continued: "After a few months, we were informed about the martyrdom of this man; but he had a smile on his face when he wanted to leave this world. His martyrdom was the same as a thunder on the hands of his friends. At the same night I informed the cleric and in the morning I went to him along with one of my friends in order to go to the house of Haj Davoud Karimi. In the way, he said to repeat the YAS verse of Koran along with him.”

At the time of washing and funeral procession of the body of Haj Davoud in the house of martyr Sani Khani, Ayatollah Amjad was whispering and reciting Koran verses and he observed the scene as well.

All the persons who are aware of the intellectual and mystic position of Ayatollah Amjad, they can notice that what was the meaning of the affection and kindness of him to that respectful martyr.

The lecturer of the meeting of Mr. Farahani was continued by the explanation of the situation and activities of commander Karimi during the Sacred Defense Era and he added: "He was a great man who would express only the motto ‘Serving to the revolution’ until the final moment of his lifetime.”

During the time that he had been hospitalized in the hospitals and house, he tolerated many difficult pains, but his smiles were never removed from his lips. At one night we had gone to his house in order to visit him, but he himself was so happy about his condition because of God satisfaction and his condition was really better than many of us; he had that health condition, but he could speak with his God better! He had lied down on the bed and he wanted to drink some water, we helped him to sit down on his bed to drink some water. As soon as he drank the water, and he could hardly swallow the water. After twenty years, I understood the meaning of an Arabic poem which would say: "The water stuck in my throat! Because I would always tell myself, does water stick in the throat?”

The lecturer of the meeting at the end of his words said: "Dear God! I hope that the spirit of this great martyr will be associated with the martyrs of Karbala also make us to remember the great work of such great persons like him.”