Ayatollah Taleghani’ on the Threshold of the Contemporary Abuzar Demise Anniversary 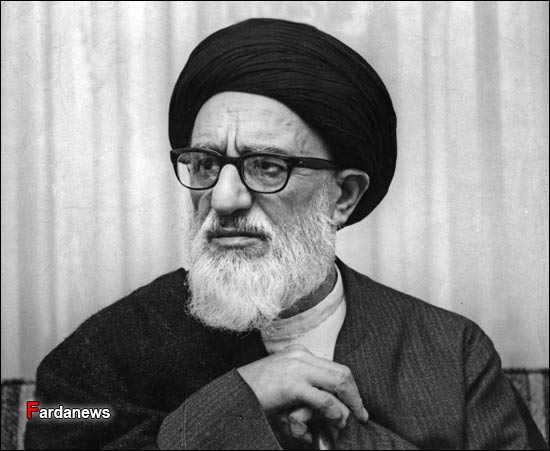 According to the reporter of Navideshahed, this software is a collection of the information including the biography, memories, will, images, films, documents and magazines related to this great fighter.

500 pages of texts, 340 photos and documents, 500 minutes of films and 900 minutes of audio in a very regular classified form with the capability of searching on all the texts in this media has been presented to all the interested persons.

The story ‘Bread and Yogurt’ is one of the memories which can be seen in the software ‘Abuzar of the Time’: The late Ayatollah Seyed Abul Hassan Taleghani, the father of Ayatollah Seyed Mohammad Taleghani was born in Ghenat Abad Neighborhood of Tehran city.

On that that, like always, he had sat down in a corner of his house and he would repair the watches and clocks that had been given to him by the people. At noon, the tablecloth was widened. Mr. Seyed Abul Hassan and the other children gathered around the tablecloth. The food that was in the tablecloth was some bread and cheeses with a bit Yogurt like always.

When Seyed Taghi, son of Mr. Seyed Abul Hassan saw the cheeses and breads and yogurt, he frowned and as he was looking down, he said: "Father! We have become so tired because all the days we have to eat bread, cheese and yogurt only and we have got sick because of this issue. When so much money is in the box of our house, you should give some money of that amount to me in order to buy some toasts and fresh fruits…”

Seyed Abul Hassan did not allow the words of Seyed Taghi to be ended. He got so angry and he frowned too. He stood up and with a voice that was sourced from anger told Seyed Taghi: "This money is something as a trust. In fact the people have trusted us and they have given their money to us to keep in this box. We eat our own breads, yogurt and we won’t use the money that belongs to the people.”

It should be noted that the multimedia software ‘Ayatollah Seyed Mahmoud Taleghani’ has been produced by Shahed Publication.