If we consider the Egyptian Anwar Sadat as the founder of compromise with the Zionist regime of Israel, we should consider Saudi Arabia and its Fahad bin Abdulaziz plan as the follower of the cause 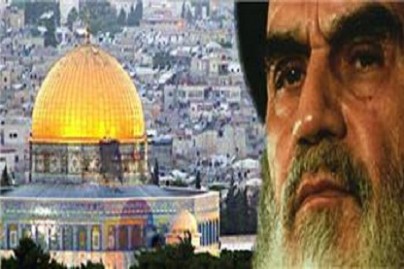 Navideshahed:
Along the history of the Zionist regime of Israel’s crimes, regardless of all the Western governments’ support behind the regime, the weakness of the Arab leaders had a great role in turning the regime more serious and providing them with the tools they needed to flourish their crimes in that regard. Hence, if we consider the Egyptian Anwar Sadat as the founder of compromise with the Zionist regime of Israel, we should consider Saudi Arabia and its Fahad bin Abdulaziz plan as the follower of the cause and one of the major agents behind the prevalent situations afflicting the people of the occupied Palestinian land.

It was at that time when the self-less regimes of the region adopted the policy to make détente with the criminal regime of Israel each in their own way. They offered plans each that created more opportunities for Israel to live on. In the meantime, then Saudi Arabian crown prince Fahad bin Abdulaziz on the 18th day of the Month of Mordad of the Iranian calendar year 1360 offered a plan which was in fact a complementary to the plan previously offered by the Egyptian Anwar Sadat and was another stamp of verification on the existence of the criminal Zionist regime of Israel. This plan in the first place called for the Israeli regime to back down from all occupied lands and in the second step to grant some rights to Palestinians. But the third aspect of this plan_ designed by the United States and Israel itself_ which contained some smart intention to legalize the existence of the criminal regime of Israel caused great protest across the Islamic world.

Under those conditions, Imam Khomeini’s objection found great place and impact. It was so because as the late leader pronounced his objection and Muslims from all over the world supported Imam Khomeini’s stance, many governments dismissed Fahad’s plan. In reaction to the plan, Imam Khomeini on the sixth day of the Month of Aban in the Iranian calendar year 1360 said during his speech:

"It is a duty upon us and any Muslim to refuse plans such as those of Sadat and Fahad. It is duty upon us to condemn such plans that do not benefit the poor. Today one of the most dangerous affairs is the Camp David plan and the plan by Fahad which strengthens Israel and its crimes. These plans create rift and open the way for Israel.”

The behavior of the occupying regime of Israel in the following years proved that the Israeli regime is not happy in any way to tolerate any objection to it and to back down from its unfounded claims. The ugliness of this behavior grew so much that in joint peace conferences and treaties among Arabs and Israel, the Zionist regime would count the only way as to annihilate the Palestinian people and adopt serious plan to prevent Palestinian refugees from going back to the occupied lands as best as it could. This is while today the criminal Zionist regime of Israel has turned into a covert ally for Arab leaders while the poor people of Palestine are still homeless.

On 6 October 1981 Sadat was assassinated by members of the Egyptian Islamic Jihad. Anwar’s personal protection was infiltrated by 4 members of this organization who were hiding in a truck passing through the military parade with other military vehicles. As the truck approached the president, the leader of the belligerents—Lieutenant Khalid Islambouli—came out of the truck and threw three grenades towards the president; only one of the three exploded. The rest of the team opened fire with automatic assault rifles and struck President Sadat with 37 rounds. He was airlifted to a military hospital where, despite the efforts of 11 doctors and surgeons, he died just 2 hours after arriving.