A huge funeral procession is underway in Iran’s southwestern city of Ahvaz for the people and military forces who were martyred in a recent terrorist attack on a parade in the city. 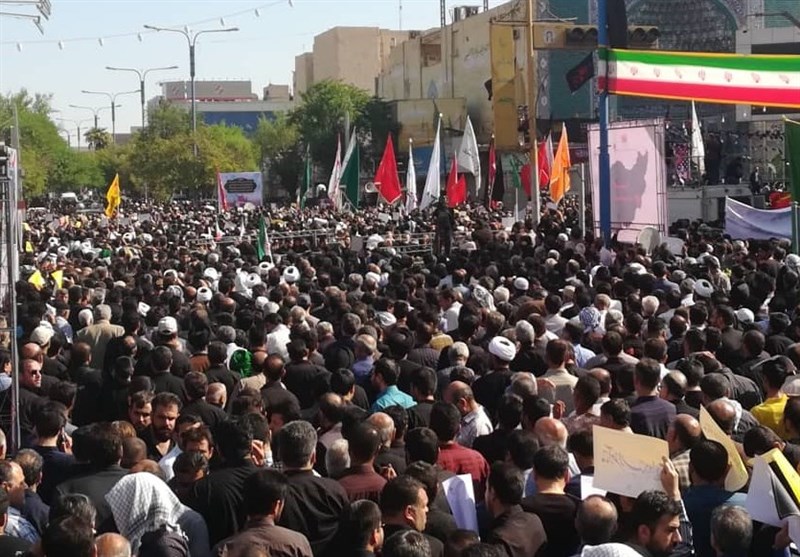 On Monday morning, a large number of people gathered in Ahvaz to participate in the funeral procession of the martyrs of the Saturday’s terror attack, which killed 25 people and injured dozens more.

The massive ceremony started at 8:30 a.m. (local time) in the southwestern city with a number of high-ranking officials in attendance.

The participants chanted various slogans against those behind the terrorist incident, including the US.

During the military parade in Ahvaz, which was staged concurrently with nationwide military parades on Saturday to mark the Sacred Defense Week, Takfiri militants wearing disguise opened fire at the people participating in the ceremony.

The political deputy governor of Khuzestan Province, Ali Hossein Hosseinzadeh, put the death toll from the attack at 25, saying 60 others have been injured.

According to media reports, the Al-Ahvaziya terrorist group has claimed responsibility for the attack.

Iran’s Armed Forces staged the countrywide military parades to mark the Sacred Defense Week on the 38th anniversary of the onset of the Iraqi imposed war on the Islamic Republic back in 1980.