News ID: 385210
liberary » sacred defense
AA
After commentary of the Supreme Leader of the Revolution;

Ninth edition of “when the moonlight disappeared” was publish

The book of “when the moonlight disappeared”, the memories of “Ali Khosh Lafz” the soldier and veteran of the Holy Defense era after commentary of the Supreme Leader received to ninth edition. 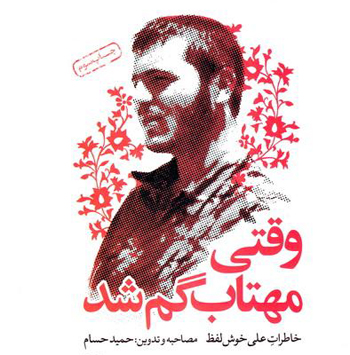 By report of NAVID SHAHED: Holy Defense literature is one of the most thriving kinds of literary work in last year’s international Tehran’s book exhibition, and even during the year.

War memories is a successful genre among literary works in all over the world, which with creating a novel or oral history always are welcomed.

The narration of Holy Defense’s soldiers from the war is interesting for readers because of especial differences in fighting, religious essentials and soldiers’ style. Moreover maturity of the literature of Holy Defense’s authors cause to creation of noble books in this genre in recent years.

In line with soldiers’ memories in battles the memories of women and martyrs’ spouses were attractive in these years and accompany a large group of audiences.

Significant growth of producing oral memories by old and young writers show the empty place of other literary genre especially novels. The resistance literature and oral memories attracted a lot of readers in these years that the circulation of these kinds of literary works received to several editions.

With all strength points that is appears in oral history of Islamic Revolution and Holy Defense but ignoring to other kinds of literary genre could be discussable including novels and children literature.

Children stories is a field that investing in it could help to other fields to become improved, so as much as investing in this genre could be beneficial, ignoring it also is harmful that could face with its result in future.

This year also Artistic Department of Islamic Development Organization in thirtieth international book exhibition of Tehran by presenting a few books in oral history of Holy Defense host its audiences.

The book of "when the moonlight disappeared”, the memories of "Ali Khosh Lafz” the soldier and veteran of the Holy Defense era after commentary of the Supreme Leader received to ninth edition. This warm welcoming from this book could take more editions in Tehran’s book exhibition.

Biography of a Zoroastrian martyr in Sacred Defense published