The crime which was ignored

The crucial Bathi regime had used the chemical weapons on 1980 and killed many people during the chemical bombardment in Sardasht. The people are forgotten and the Saddam's crimes had no consequences for him. 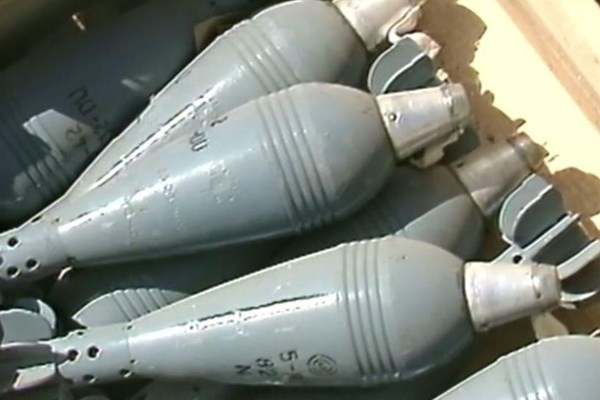 The crucial Bathi regime had used the chemical weapons on 1980 and killed many people during the chemical bombardment in Sardasht. The people are forgotten and the Saddam's crimes had no consequences for him and the German company took no responsibility for that chemical attack.

Navideshahed – there is a report with the title of "The Forgotten Victims of the Chemical Gas" which published by The "ARD" news networks. It described Bathi forces use from the chemical weapons on 1980 in Sardasht while it had no consequences for the Bathi regime and Saddam.

Here you can read the report:

It was 28/06/1987 at 4:00 P.M, the sky of Sardasht (city in the western Azerbaijan) trembled … it was the beginning of bombardments. The attack lasted only for some seconds but the people and the victims suffered from it until these days. it was a chemical attack by the Bathi forces and it is not clear that the German company handed in it or not.

The Iraqi Army Air Forces had thrown many chemical bombs which were about 250 Kg mustard gas, on the city. The Bathi regime had threatened Iran before "You Can Not Breath Either". At first it smelled like an apple. It killed 130 person and thousands of people were injured, Natali Amiri reported.

The war crimes which had no consequences for Saddam

The chemical attack was done by the order of Saddam to Sardasht and some other cities in Iran. The Bathi forces supported by the western countries on that time. After the chemical attack the world did not want to show the crime and spoke about it.

Thousands of people were killed in another attack

Sardasht was kind of experiment for Saddam since he had used the chemical bombs in Halabja. More than 5000 people were killed. United States of Amerian supported the Iraqi regime a lot.

Did the chemical weapons come from German?

At the last part of the report, the writer described about the role of the German company in the Bathi regime crimes. The Islamic Revolution authorities are insisted on the role of German on that disaster till these days.

Spiegel weekly news magazine wrote that: during the years 1982 – 1988 the German Company exported weapons which costed 625 million dollars and it is completely clear that those weapons had military or non – military use. The German authorities never take any responsibility in the connection with the chemical weapons in Iraq. More than half of the people who were in Sardasht suffered from the chemical attack and they have at least one person in their family who suffered from chemical injury. Finally we will mention to the consequences of the chemical weapons: abortion, cancer and the infertility.