The biography of Hamid Taghavi Far 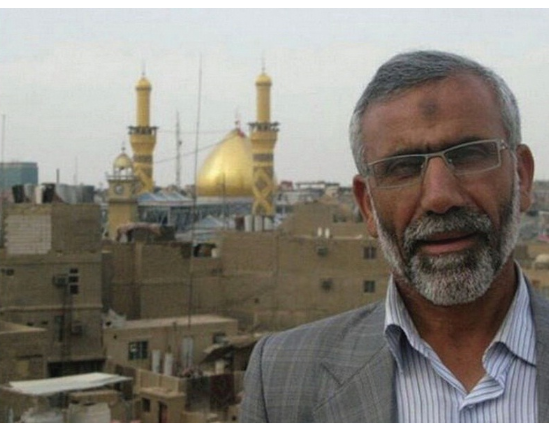 Navideshahed - Hamid Taghavi Far was born in Ahwaz on 1958. He had started his education from Kout Abdollah school. as he finished the elementary and primary level, he had signed up at the Saadi highschool in Ahwaz. He got familiar with the Islamic Revollutionary warriors through the years and started his political activities at the time. It is necessary to mention that martyr Hamid Taghavi Far was the commander of the Ramadan battalion during the sacred defense.
He had many important activities through the imposed war. He went to Iraq after the presence of the Daesh Terrorist Goups in Iraq. Finally he was martyred on 27/10/2014 in Samera (holy city in Iraq) by the Takfiri Terrorist Groups.
Hamid Taghavi Far was really unknown among the sacred defense commanders and it is not strange if nobody heard about his name and valuable activities while he was one of the best commander through the sacred defense.
The Iraqi forces liked him very much and knew him as their commander. He started a new cooperation with General Qasim Soleimani. Qasim Soleimani qualifued him as the top commander of north of Samera. Hamid Taghavi Far was too brave and smart. They had a hard responsibility and operation in Samera. Finally General Hamid Taghavi Far joined his martyr friends on 27/10/2014 in Samera by the Daesh Takfiri Terrorist Groups.
Message End/
Tags:
navideshahed ، issar and martyrdom ، shrine defender martyr ، Hamid taghavi far ، daesh terrorist ، takfiri groups ، imposed war
Subscribe to newsletter