The Narration of Revolution’s Story in the Indian Universities

Last week, some of the Iranian novelists tripped to India and in addition of attending the Persian Language Department of New Delhi and Jawaharlal Nehru universities, they gave speech as well 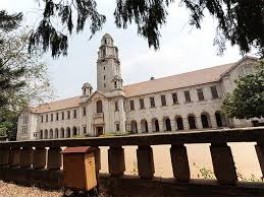 Navideshahed:
Last week, some of the Iranian novelists tripped to India and in addition of attending the Persian Language Department of New Delhi and Jawaharlal Nehru universities, they gave speech as well.

The meeting of the Iranian writers in the Persian Language Department of the New Delhi College was done for the purpose of familiarizing the university professors and Indian university students of Persian Language with the literature of the contemporary stories of Iran.

During this meeting Raziyeh Tojar, the writer of Iran pointed out to this issue that Iranian had many stories and she considered the novel as a new form which came to Iran in the middle period of Ghajar and some characters like Akhond Zadeh, Talbof and Mohammad Bagher Khosravi learnt it.

She added: " During the period of Reza Khan, Jamal Zadeh and Ali Dashti were the most novelist representatives and later Sadegh Hedayat, Sadegh Chobak, Ebrahim Golestan and Jalal Al Ahmad continued that.”

In this period, Western romantic with Lamartin, Dumas and Hugo put the maximized level of effects in Iran and even we witnessed the boom of popular feuilleton, but after the coup of August 18, the SAVAK forces controlled the writers more and they weakened the social commitment approach.

In this period, those writers who belonged to the eastern Bloc were distinguished from others; it means some persons such as Dowlat Abadi and Ahmad Mahmoud again returned to the idea of social commitment, but the Islamic Revolution granted a religious color to this commitment and when they wanted to confront this religious revolutoin, they took different stances.

The other writer who gave speech from this board was Samira Aslan Pour. She considered the revolution and the eight year war as the main reason for the national changes of Iran specially the movement of this country towards a religious commitment which could never be similar to the western literature and even the western committed literature.

Aslan Pour pointed out to this issue that the young writers who had heard the voice of revolution, at the beginning of the way benefited from the public skills of writing lesser and she said: "But this special condition created new refreshment to their stories and it led to occurrence of some creativity.”

Later on practice and experience and meeting the deficiencies, they found in the native equivalents; For example it was used instead of magical realism, fantasy, spirituality and intellectuality and the divine aid meeting. She concluded that the topic of realism which is about matters beyond the senses is the result of revolution and the revolutionary approach towards this story.

After that Ali Akbar Valayee, the other writer of Iran considered the main reason for inaction of art and literature as not benefiting from thought and he said, we must be afraid of this issue that the literature can be nothing but only amusement; we should note that it has been the literature that has made the future.

He considered the Islamic Revolution as a cultural movement and the familiarity of the writers with the votes of the great thinkers and struggling for more thinking as the only rescue way and he added: "The cultural exchanges can be a good motive for thinking. Cultural communication of Iran and India for example in the field of translation of  Kalila and Dimna has led to the statement of new discourses.  Since the purpose of this study is not only preserving what we know, we must look for a way to return that the knowledge to be transformed into contents for thinking.”

Aslan Pour pointed out to this issue that the young writers who had heard the voice of revolution, at the beginning of the way benefited from the public skills of writing lesser and she said: "But this special condition created new refreshment to their stories and it led to occurrence of some creativity.”

He also said: "The persons who oppose the religious literature, sometimes claim for returning to the civilizations before Islam while that by studying the works dating back to the time before Islam indicates that the religious spirit and confession to monotheism has been the main capital of Iran’s literature.”

He also pointed out to the works of Mahmoud Hakimi, the only religious writer in the field of children’s literature before the revolution and he added: "Today, Iran's religious works in terms of both qualitative and quantitative terms are beyond some Islamic countries such as Jordan, Lebanon, Iraq and Egypt, and by a review on the statistics and studying the superior works exhibits this fact.”

At the end of the meeting of the Iranian writers in the Persian Language Department of New Delhi college, Zahra Zavariyan pointed out to this issue that some work are individual and some are social and she said: "Art in this special field is writing a subject story which is both individual and social.”

She also considered the female writers of before revolution as some persons, who would reflect the individual and social wandering, but after the victory of Islamic Revolution, that wandering was resolved and they found a way in order to improve the situation.

She added: "The Iranian women conclude that they are in the forked way of being spouse and mother or to become a tool for sexual desires and propaganda, suddenly they found themselves in the dress of those persons that in addition of the role of spouse and mother, they need to invite the people to stability and piety as well. These two factors caused that from one side they considered themselves involved in the social work and from the other side to defend their chastity and decency as well.”

She also considered such issues as the most important motives for writing of women after the revolution that from a kind of protest and distress into spiritual introspection ontology. Also the board of the writers of Iran got present in the Persian Language Department of Jawaharlal Nehru and they described the situation of story literature of Iran.

During this meeting, Ali Reza Ghazveh, the poet and chief of the Research Center of the Persian Language of New Delhi said that the literature of Iran after revolution is something not comparable with the literature of before revolution and he pointed to some of the good selling books and he described the enhancement of Persian prose in the professional forms such as children and teenagers stories, satire, sacred defense and memory writing.

After that some writers mentioned their outlooks and Abdol Majid Najafi said that the situation of Iran’s children and teenager literature is being improved and he stressed: "Since the world of children is a special world, all the efforts are essentially inadequate and we can never fully provide the needs of children. The writer of the book ‘Under a blue dome’ considered the children of each land as the future makers of that land.”