Examples of “relying on domestic capabilities” during Sacred Defense

countries had quite different situations. On one side there was Iran which after the fall of the Shah would see itself free of the rein of domestic and foreign rule and had no relations with world powers. 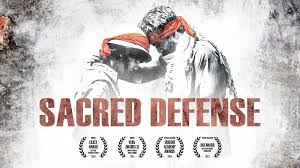 When Iraq attacked Iran in the final days of 1981 summer, the two countries had quite different situations. On one side there was Iran which after the fall of the Shah would see itself free of the rein of domestic and foreign rule and had no relations with world powers. On the other side was Iraq with its reliance on the US and which had started the attack with Western-made weapons.

At the beginning of the war Iran faced serious limitations in terms of defense power, so much so that Saddam who though that Iran had no power to made a good defense vowed to swiftly take Tehran with the help of Western supporters. While Iran was deprived of foreign support, the motto "Iranian need should be fulfilled by Iranian hand” turned from an ideal into reality and showed that "One can rely on oneself and have an independent country.”

General Rahim Safavi in his memorials points to lack of integrity in the Iranian Army in the beginning days of the war, writing, "The war started in situations when there was no battle preparedness in the military forces whatsoever. No facilities would reach the fronts in those initial days and months of the war and the logistics was so poor.” As Mohsen Rezaei says, "The number of our troopers was equal to that of tanks owned by Iraq. We had only one base which except for the late Imam and a few other, everyone was unaware of its existence. Division 27 of Mohammad Rasulallah launched an attack from that very base and brought the enemy to its knees.”

As indicated by Gen. Safavi’s memoires, in the onset of the war Iranian forces even lacked ample education to use military equipment. Therefore, first of all the education of the forces was put on agenda and soon educated forces were injected into the front. According to these very memoires, when Iranian forces identified Iraq’s minefields, they decided to dig canals into Iraqi positions. The tunnel was estimated to stretch for two kilometers. Due to lack of equipment, the digging was performed using bayonets.

Gen. Lotfi writes that due to lack of enough facilities, even the transfer of forces to the front was done mainly by volunteer people and Iranian forces even lacked a heavy engineering-military machine.

Since Iran was not able to buy weapons during the war, one of the main tasks was to acquire information to produce weapons. Reza Mir-Mohammd Sadeghi writes in his memoires, "At that time I travelled to different countries, including Brazil. In one of these trips in 1986 I met Dr. Bull. He was an American living in Belgium and had information about making missiles. He lived there for disagreements with the US government.” After acquiring information from Bull, Mir-Mohammad Sadeghi managed to invite him to Iran.

Mir-Mohammad Sadeghi writes that after Bull entered Iran, "A crowed of some one hundred people had gathered in the organization hall to listen to him. After that session another session was held where Bull said I am ready to make you missiles in return for $2 million. But due to lack of currency during the war the case was closed.” Accordingly, domestic capabilities were tapped where Iranian experts set for making missiles using what Bull had said and Bull returned to Belgium.

As the gates of weapons and defense equipment were closed to Iran, the country managed to acquire the ability to build them. Therefore it can be said that the advancement gained in military industries are the result of tapping domestic capabilities during the war. Before that Iran could not produce a simple, light weapon, but now it produces sophisticated weapons.

In economic terms, while Saddam used over $60 billion help from Western countries to cover its economic needs, Iran managed to do so by relying on popular donations. At that time, countries’ military budget used to count for one third of their total budget. But Iran’s defense budget was only one twelfth of the entire budget. On the other hand, crippling sanctions had driven the Islamic republic into isolation. But such pressures in the end turned to the benefit of Iran.

It makes sense that Imam Khomeini said, "This war and economic sanctions and deportation of foreign experts was a Diving blessing which we did not recognize…. Do not expect someone from abroad to help you on the path to Islam and the establishment of Islamic rules.”

It should be noted that the pattern of the Islamic system is quite different from those of capital societies. There, materiality is the basis. But here, the basis is spiritual. The might is reliant first on spiritual and divine sources, and second the country’s domestic capabilities.

What was proven during the eight years of the sacred defense testifies to the truth of reliance on domestic capabilities.