People of Shahr - e - Rey had an important role in bloody uprising of Khordad 15th , they suffered difficulties in the way . 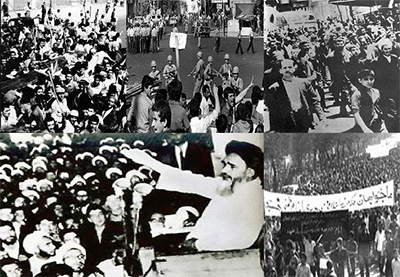 People of Shahr - e – Rey had an important role in bloody uprising of Khordad 15th , they suffered difficulties in the way .

People of Shahr - e – Rey had an important role in bloody uprising of Khordad 15th , they suffered difficulties in the way . many of them were among the fighters and some of them were in the prison while some of them are still alive and are too old .

During the bloody uprising , many martyrs and injuries were from Shahr - e – Rey and they had an active role in the " Bloody Uprising " of Khordad 15th .

I remembered that they sent me 2 boxes of Imam's book for me , while it was crime and we were not allowed to carry such books . I lived in Javadiyeh ( name of a place and region in Tehran ) . one day when I was carrying Imam's book ( Resaleh ) SAWAK forces ( crucial forces during the Pahlavi regime ) came and asked me … what are you carrying? Imam's book … I answered. Are you kidding me ? he said and left me alone .

Whenever we spoke about Imam Khomeini and his speeches they called us to the police station . one day as I went to the police station , a clonel whose name was " Shamsa " , a crucial man , told me … why are you talking about Khomeini all the time ? I should send Imam's message to his followers . they coul not make me tired by these actions . it was in the Imam Hussein ( AL ) mosque that we started to shout and say " Dawn to King " ( The Shah of Iran ) . we had a very bad situation among the mosques those days , there were full of SAWAK forces in the mosque and everything were under their control , were not allowed to name Imam Khomeini in the mosques .