Iran's Major General Qassem Soleimani has hailed Iraq’s defeating of Daesh in Mosul as a major victory in the battle against terrorism. 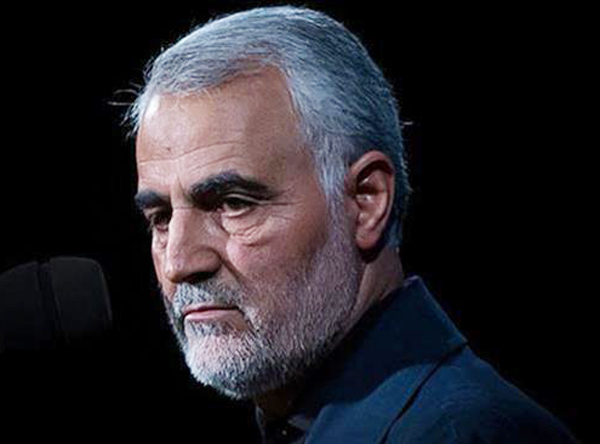 Iran's Major General Qassem Soleimani has hailed Iraq’s defeating of Daesh in Mosul as a major victory in the battle against terrorism.

The commander of the Quds Force of Iran's Islamic Revolution Guards Corps (IRGC) made the remark during a ceremony on Monday. He went on to note that Daesh is one of the most dangerous entities which the world has ever faced.

"The dark and evil phenomenon called Daesh has caused the world of Islam great damages,” he added.

Soleimani further hailed the volunteer fighters from the Popular Mobilization Units, commonly known by their Arabic name Hashd al-Sha’abi, for their hard work towards expelling the Daesh from Mosul.

Soleimani was speaking at a ceremony to commemorate the IRGC’s fallen General Sha'aban Nasiri, who was killed around forty days ago in an advisory operation in western Mosul.

Iraqi army soldiers and volunteer fighters from the PMU have made sweeping gains against Daesh since launching the Mosul operation on October 17, 2016.

The Iraqi forces took control of eastern Mosul in January after 100 days of fighting, and launched the battle in the west on February 19.

An estimated 862,000 people have been displaced from Mosul ever since the battle to retake the city began eight months ago. A total of 195,000 civilians have also returned, mainly to the liberated areas of eastern Mosul.

Iran Carrying Out Defense Missions within, beyond Borders

Iran would continue its support for Palestinians: President