Leader of the Islamic Revolution Ayatollah Seyed Ali Khamenei offered condolences to the Iranian nation over the martyrdom of Major General Qassem Soleimani, the commander of the Quds Force of Iran’s Islamic Revolution Guards Corps (IRGC), and said harsh revenge awaits those who assassinated the top commander. 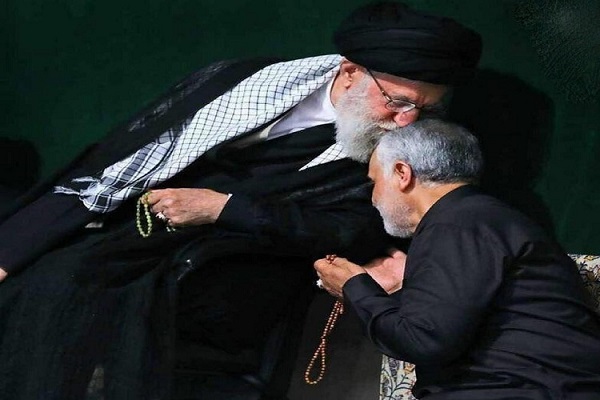 In a statement on Friday, aid the "cruelest people on earth” assassinated the "honorable” commander who "courageously fought for years against the evils and bandits of the world.”

His demise will not stop his mission, but the criminals who have the blood of General Soleimani and other martyrs of the Thursday night attack on their hands must await a harsh revenge, the Leader added.

"Martyr Soleimani is an international figure of the Resistance, and all the devotees of Resistance are now his avengers,” Ayatollah Khamenei said.

"All the friends and foes must know that the path of Jihad of the Resistance will continue with double motivation, and a definite victory awaits those who fight in this auspicious path," the Leader said.

"The demise of our selfless and dear general is bitter, but the continued fight and achievement of the final victory will make life bitterer for the murderers and criminals,” he added.

In his statement, the Leader also offered condolences to the Iranian nation and General Soleimani’s family, and declared three days of national mourning.

Following the Leader’s remarks, President Hassan Rouhani strongly condemned the attack, and said the US assassination will make Iran and other free nations more determined to stand against Washington.

"The martyrdom of the great commander of Islam and Iran, and the courageous commander of the Quds Force, Lieutenant General Qassem Soleimani, along with some of his companions especially the great fighter Abu Mahdi al-Muhandis, by the aggressive and criminal US broke the heart of the entire nation of Iran and regional nations,” President Rouhani said in a Friday statement.

The assassination "doubled the determination of the great nation of Iran and other free nations to stand against and resist the excessive demands of the US and to defend the Islamic values,” he added.

"There is no doubt that this cowardly and evil move is another sign of the US’ desperation, inability and failure in the region, and the hatred felt by the regional nations toward this criminal regime,” Rouhani said.

"The great nation of Iran and other free nations of the region will take revenge for this heinous crime against the criminal US,” he warned.