The Political Bureau Chief of the Palestinian resistance movement said the recent US assassination of Iranian commander General Qassem Soleimani demonstrated the criminal nature of the Washington government. 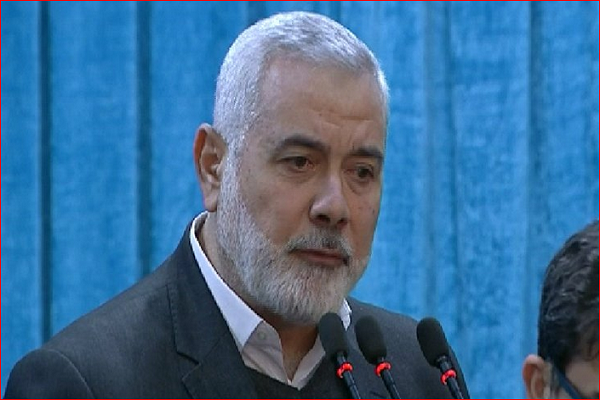 Speaking in Tehran at the funeral of General Soleimani and others martyred in the US airstrike, Ismail Haniyeh said the whole world must condemn the heinous crime committed by the US government.

"We have come from the pure land of Palestine and Quds to express condolences to the Leader of the Islamic Revolution and the Islamic Iran on the martyrdom of Qassem Soleimani,” he added.

Haniyeh also highlighted General Soleimani’s efforts to support the resistance in the region and described him as the Martyr of Quds.

General Soleimani, deputy head of Iraq’s Hashd al-Shaabi Abu Mahdi al-Muhandis, and a number of their entourage were killed in a strike by American drones near Baghdad International Airport in the early hours of Friday.

Millions of Iranians have attended the funeral of the martyrs that began at the University of Tehran on Monday morning.