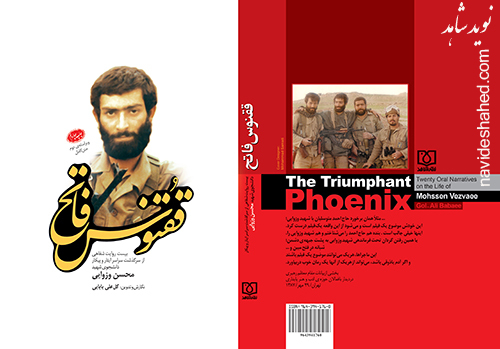 "Triumphant Phoenix" was written according to the memories which are recorded in the archives of the sacred defense. At the end of the book you can find martyr Mohsen Vezvaei's biography, testament and photos during the sacred defense.

Mohsen Vezvaei was born on 29/07/1960. When he took his diploma at the chemistry field, he continued his education at the Sharif University of Technology. He had religious – political activities against the Pahlavi regime. He had joined Islamic Revolution Guards Corps after the Islamic Victory in 1980.

Mohsen Vezvaei, the martyr student, was only 22 years old. He was too brave and clever. He was the commander of Habib ibn Madhahir battalion and 10th Sayyed al Shohada battalion. He was elected as the commander of Islamic Revolution Guards Corps Telecommunication finally he was martyred in 30/04/1982 at the Bait al moghadas operation (liberation of Khorramshahr) by a bullet war.