The biography of martyr Mustafa Radanipoor

Martyr Radanipoor was born in Isfahan on 1948. He was the deputy commander of 14th Imam Hussain (AS) battalion. He was martyred in Haji Omeran region on 1983. 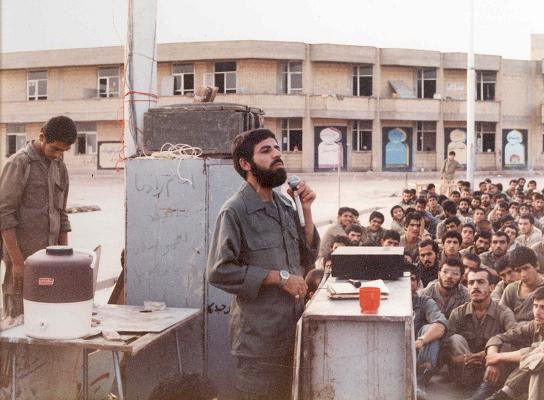 Martyr Radanipoor was born in Isfahan on 1948. He was the deputy commander of 14th Imam Hussain (AS) battalion. He was martyred in Haji Omeran region on 1983.

Navideshahed – Mustafa Radanipoor was born in an old house in a suburban area in Isfahan. His father was a simple worker and his mother earned money by weaving carpet. They loved Ahl al-Bayt (AS). He was a hard worker man since he worked at a shoe making shop when he was 6 years old.

He grew up in a religious family. He left his education at the Pahlavi period and decided to study at the religious since. Martyr Radanipoor spent his first year of studding at the Islamic seminaries of Isfahan then he went to Qom and continued his education at the Haghani School. He was too clever and hard worker. He studied in the religious field for 6 years and after that moved to the deprived areas such as Kohgiluyeh and Boyer-Ahmad and Yasuj to help the people who wanted help the muslim people.