The pure body of the shrine defender martyr "Majid Ghorban Khani", returned to Iran after years. 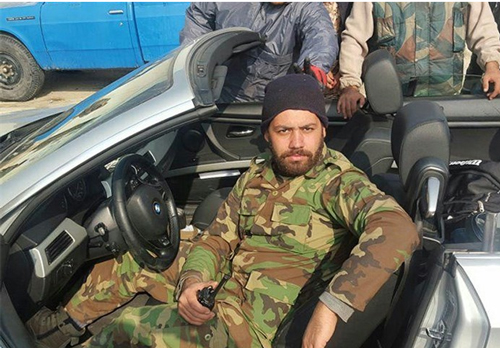 The pure body of the shrine defender martyr "Majid Ghorban Khani", returned to Iran after years.

Navideshahed – The pure body of the shrine defender martyr "Majid Ghorban Khani" moved back to our country(Iran), he was martyred 3 Years ago in Khan Tuman ( a village in the northern Syria).

Now after 3 years his pure body was identified after the DNA experiment. His funeral ceremony will be held on 25/04/2018 in Tehran.