Annually, Lebanon’s Hezbollah marks the Martyr’s Day, on the 11th of November. Hezbollah’s pervasive culture of martyrdom has sustained since its establishment, in the 1980s, in the aftermath of the Zionist occupation of the Lebanese south. 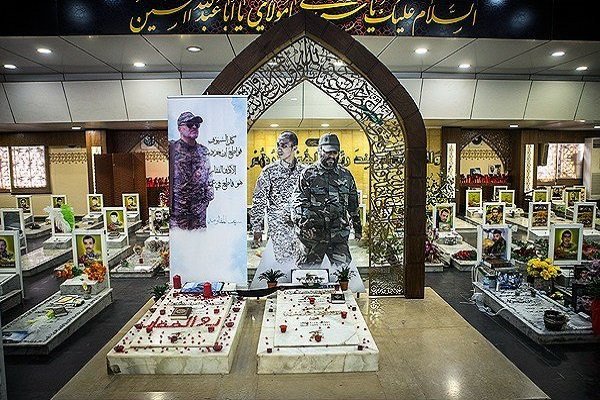 A martyr, who sacrifices his life to safeguard his homeland’s causes sovereignty and freedom; deserves to be celebrated every day and every moment. Martyrdom is a core embodiment of the concept of obedience to God that leads to the eternal life; the life of authentic contentment and tranquillity. This culture of self-sacrifice in the sake of the resistance is wholeheartedly viewed as the ultimate form of national, moral and religious devotion.

To examine Hezbollah’s culture of martyrdom, it is important to mention that this act is a responsibility and a moral that should be raised across the oppressed and colonized nations.

Furthermore, this lofty value to sacrifice one’s self in the sake of his homeland, has always occupied a sacred space in the Shia religious tradition, dating back to the seventh century’s Battle of Karbala and the auspicious martyrdom of Prophet Muhammad’s grandson Imam Hussain, viewed as an icon of resistance and sacrifice.

The culture of martyrdom has been prompted and perpetuated due to the solid faith of this resistance’s mothers, who bring up their children and instill within them the values of self-sacrifice and dignity.

This culture serves as a philosophy of life, as when a patriot hero sacrifices his life he would secure the life of the whole community. He heroically opposes the aggressive Zionist and imperialist enemy who attempts to patronizing his compatriots and humiliating them.

Hezbollah’s legions consist of middle-class elites who adore life, but an honourable one. They are highly educated, practice many hobbies, own business and lands and have aspirations and ambitions.

Hezbollah community supports those youth and prepares them at all levels. Those youth are responsible, enlightened and well alert of the conspiracies that surround them. You can notice how active they are in their society, media and social platform.

Meanwhile, amid the American psychological war, aka the American Soft War, they show complete readiness to combat these capitalist dirty schemes, particularly through following the leadership’s guidelines and recommendations.

In addition, this powerful dogma, regarding martyrdom as a privilege, has urged thousands of mothers to encourage their sons to sacrifice themselves and remain firm on the path of resistance; as each one’s sacrifice inspires thousands to follow this honorable path.

The legendary of Martyr Leader Imad Mughniyah’s family, aka the Leader of the Two Victories [2000&2006], who destroyed the Zionist army in South Lebanon, has now become an idol for the resistance community. A legendary martyr who helped Lebanon’s national army retake the occupied lands and thwart the Zionist aggression.

The traditional-historical interpretation of martyrdom is highly significant, as the martyr is rewarded with a special status in Islam. The founding father of the Islamic Revolution Imam Khomeini says, "Our nation looks forward to an opportunity for self-sacrifice and martyrdom; as such, red death is much better than black life.”

"Every drop of martyr’s blood is turned into hundreds and thousands of drops, nay, into tons of blood and is transfused into the body of his society. It is the martyr who infuses such fresh blood into the veins of such society.” Imam Khomeini’s disciple Martyr Morteza Motahari [an Iranian cleric, philosopher, lecturer, and politician], states.

Moreover, Hezbollah’s Secretary General Sayyed Hassan Nasrallah notes, "our people in Palestine, as in Lebanon, possess a substantial power; they are lovers of martyrdom, lovers of meeting God, lovers of departing to the vicinity of God and the eternal paradises.”

This annual commemoration and the distinct exhibition of the martyrs’ written and recorded wills and biographies convey a message of power and commitment to continue this praiseworthy path against the imperialist and Zionist hegemonic powers; since it is considered one of the highest obligations.

This year and after the global imposed assault on Syria, Hezbollah resistance is going to pay tribute to its heroes who have played a significant role in the fight against Takfiri terrorist Daesh and Nusra Front, established, backed and financed by the US, UK, the Zionists, etc.

Due to their outstanding sacrifices, Hezbollah, various resistance movements and the Syrian Arab Army’s martyrs have all smashed the Western war. The colonialist dreams aimed at spreading anarchy and dividing the neighboring Syrian Republic. Thus the Axis of Resistance has thwarted the war’s objectives and prevented the spread of the conspiracy into Lebanon.

At the same time, the US President Donald Trump has just imposed a new round of sanctions on Hezbollah, earlier this week. This decision would be disastrous for Lebanon’s already deteriorating economics, in an attempt to embarrass the government, after Hezbollah has become Lebanon’s de facto security guarantee.

Hezbollah has further won more than half of the seats at the legislature in May’s parliamentary elections. The US and its Persian Gulf allies want to punish Hezbollah, on behalf of the Zionist enemy, which the resistance would painfully smash.