Who are the closest individuals to Prophet Muhammad (pbuh) on Judgement Day?

The following is the Supreme Leader’s commentary on a well-known hadith about the closest individuals to the Holy Prophet (sawas) on Judgement Day, as stated on November 19, 2018. 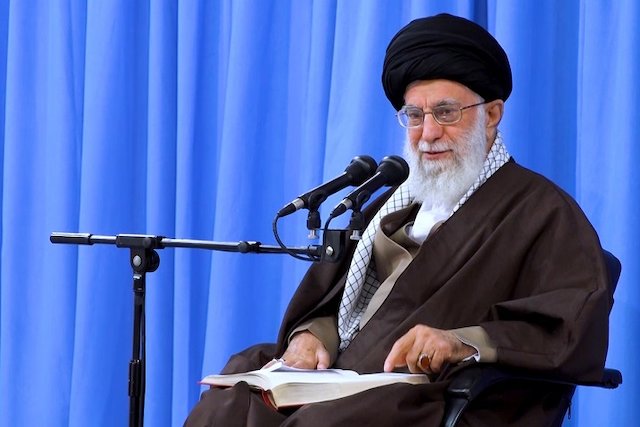 "On Judgment Day, the closest of you to me will be the one who is the most truthful”

On the Day of Judgment, there are all kinds of hardships, terrors, horrors, and circumstances for individuals and there is no difference between believers and non-believers. "That Day man shall flee from his own brother, and from his mother and his father, and from his wife and his children. Each one of them that Day will have enough concern (of his own) to make him indifferent to the others” [The Holy Quran, 80: 34-37].

The Day of Judgement is such a day. In the Holy Quran – particularly in the last suras – the terrors and hardships of the Day of Judgement have been discussed at length. Well, in such a difficult arena, whose significance and difficulty is unimaginable for us in any way, everyone looks for a safe refuge: a place where one can take refuge in and take shelter. The person and the position which gives the most security to individuals on the Day of Judgment is the position of the Holy Prophet. If someone can get close to that great personality, they will feel calm and safe.

This is just like the condition of the world. Look at the world: in a place where there is hardship, difficulty, invasion, theft, and malevolence; a person who is exposed to such dangers tries to find someone who is strong and robust so that they stand next to him in order to ensure their own safety. On the Day of Judgement, anyone who can stand next to the Holy Prophet of Islam will feel safe.

Well, who can get close to him? The masses of jinn and humans – from the first to the last, everyone who is there – are all wanting to approach that great personality. They see his status and position. They see that he has a position "…which is envied by everyone” [al-Kafi, Vol.4, page 551]. They see his status and they yearn for it, but can they achieve it? No, not everyone can do so. This hadith says in which way we can get close to the Holy Prophet. It tries to teach us how to achieve it.

This world is the place to take action and the next world is the place to witness the results. In this world, they have taught certain lessons to us. They have said that we should carry out certain obligations. If we carry out these obligations in this short period of time – it is short because this world contains just a moment of our eternal life: if we live 90, 100 years, it is just a moment compared to our eternal life in the hereafter – and if we observe them [obligations] in this short moment, they will come in handy at that difficult time.

Now, what are these obligations? They have mentioned some of them. The Holy Prophet himself says, "Tomorrow on the Day of Judgment, the closest of you to me” is primarily a person "who is the most truthful.” This person is the most honest when they speak. Their words are truthful. When they say something, there are no lies, slander, rumors and groundless opinions in it. Honesty means compatibility with the truth. Such individuals say what they know is true: "…who is the most truthful.”

"Those who are the most trustworthy regarding what they are entrusted”

Another condition is being the most trustworthy regarding what they are entrusted to keep in their custody. I have said many times that this is not particular to the money entrusted to us in that we return it. This is one kind of being trustworthy. Everything that the people entrust to us is their "trust”. They entrust us with positions, security, religion and the protection of their honor. All these things belong to people that have entrusted them to us. We are the government no matter what position we hold [within it]. Someone like me has a certain position and another person has a different position. One is a judge, another is in charge of education and another is a public prayer leader. All these are things held in trust and we should keep good care of them. Anyone who is more trustworthy in this regard is closer to the Prophet on that day and will be the safest.

"Those who keep their promises”

As for individual and social pledges, you should honor them. Of course, the most important ones are social pledges. These social contracts are among civil rights. Well, some try to learn these concepts from westerners who refer to them as "civil rights.” They want to learn these concepts – which exist in our narrations and in our Quran – from westerners. This hadith says, "one who keeps his promises.” Here, "promise” means a contract, something that you contract with another person. This is like an apartment building where ten families live. They have not signed any paper, but they have certain obligations towards one another. This is something natural. For example, you should not make noise so that your neighbor’s child will not wake up and your neighbor should not make noise either so that your child will not wake up. This is a clear contract. "Civil rights” includes such things.

"Those who are the most good-natured”

Another condition is that you should be good-natured. Being bad-natured and grim and behaving in an arrogant and short-tempered manner towards others – be this at home, at work, and towards different people – is very bad. Those who are "good-natured” are the closest to the Holy Prophet there.

"Those who are the closest to the people”