Revolutions are extraordinary events that influence the lives of people for years. They are like hurricanes that move and scramble everything and create new structures based on the ideals of the revolution. 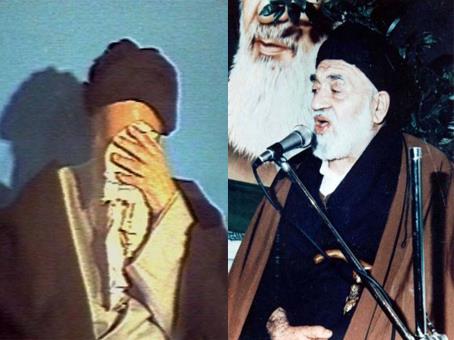 Navideshahed:These days when the magnitude of the Arbaeen pilgrimage to visit the shrine of Imam Hossein has baffled the world, pondering on the influence of the imam’s move as the inspiration for many world uprisings in history seems fitting. While the rive of the Karbala uprising has been the source of much energy and drive for the Shia and Muslims in general, the influence taken by religious leaders of revolutions and other scholars in the Islamic world are noteworthy. A leading Christian analyst, Antoine Barra writes of the impacts of Imam Hussein’s uprising:

If Hussein was ours, we would have raised his flag in every land and launched a podium for him at every village, calling people to Christianity with his name.

I have read the life story of Imam Hussein, that great martyr of Islam, closely and have paid much attention to the pages of the Karbala. It is clear to me that if India wants to become a victorious country, it would have to follow Imam Hussein.

The great Arbaeen march which can be truly called a unified, well integrated, aware, and decided movement or uprising against arrogance, starts with the intention to visit Imam Hussein, and ends by reaching Karbala.

The pilgrimage of Imam Hussein which has been the source of uprisings in history has always been emphasized. So much so that the first revolutionary people who rose up for the blood of Imam Hussein, started their uprising by going to Karbala and pledging allegiance to Imam Hussein. After the martyrdom of Imam Hussein in the 60th hejri century, there were two revolutions under the Shia rubrics of Tawabin and Mokhtar. Both these uprisings were led by devoted Shia men who adopted the Karbala story as their leading inspiration, and both gained some victories.

In the past 1400 years, Shia scholars have paid attention to the political aspects of the Ashoura less that what they are expected to. Among them, the kind of Imam Khomeini’s outlook to the Ashoura incident and his adopted influence from it to launch a political uprising is unique and unprecedented. We may be able to find traces of this influence in a dialogue that took place between Imam Khomeini and Ayatollah Hakim in Iraq about forming a revolution.

In his talks with ayatollah Hakim, Imam Khomeini tells him about the incidents that followed the 15th of khordad of the Iranian year 1342:

Anti religion operations are of two kinds. One would be pessimistic like Reza Khan. He would say "I do,” and would not relate to the Sharia. But of course the issue of action against him was in the form of prohibiting the bad. But the current shah does everything against the Quran and religion. He said "it is because of religion. The Quran says so, I tell from the Quran. This great heresy which harms the basics of religiosity is beyond the boundaries of tolerance. One has to pay his life. Let history record that when religion was attacked, a number of Shia scholars rose up and groups of them were killed.

In answer, ayatollah Hakim said: What use is history? It has to have some effect.

The dialogue continues, until Imam tells him:

How come it doesn’t have any effect. Did not Imam Hussein ibn Ali’s uprising do history much good? And what great outcome we get from his majesty’s uprising!

Ayatollah Hakim then says: How do you answer God about this bloodshed?

Imam Khomeini then gives the final answer, saying; What was it for when Imam Hussein rose up and he and a number of others were killed? It was to same Islam. So, do we have to make the same objection to him?

This outlook was so much favored by people during the Islamic revolution that they would shout a slogan that meant: our leader is Khomeini, our uprising is Hussein-like

Imam Khomeini, for his part, relied on this attitude of people to push forth with his revolution and drive it home much sooner than many would believe.

All along the years of the revolution, the pilgrimage of and mourning for Imam Hossein was one of the major and outstanding factors of the vitality of the uprising. Besides keeping the memory of the martyrs of Karbala alive, the mourning sessions also revived the culture of Ashoura through the 14 centuries and also boosted a community morale among Shias. The fact has been noted by Western scholars as well. Nicolson says in this regard:

The Karbala incident even made the Umavis regret, because it united the Shia and they unanimously called for the revenge of Hussein. They voice reverberated across Iraq and Iran.

In fact the mourning for Imam Hussein turned into a common uprising among people and served the revolution. Imam Khomeini had said somewhere: You should know that if you want your uprising to be preserved, you would have to keep these ceremonies (mourning).