I will be martyr at the first operation

It was for a month that we could not find Ibrahim . those who were friend with Ibrahim were injured where ever we gathered , they all spoke about Ibrahim and cried . 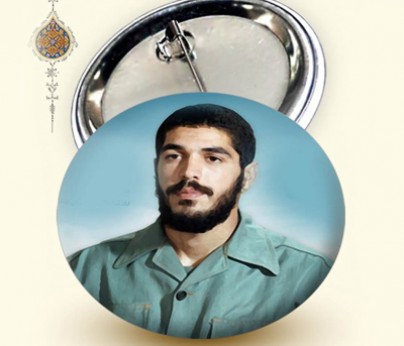 By the report of Navideshahed :

It was for a month that we could not find Ibrahim . those who were friend with Ibrahim were injured where ever we gathered , they all spoke about Ibrahim and cried …

It was for a month that we could not find Ibrahim . those who were friend with Ibrahim were injured where ever we gathered , they all spoke about Ibrahim and cried . we went to hospital to visit one of our friend as we arrived there , we saw Reza Godini . as we saw each other , Reza stated to cry and said : " it’s hard for me to live without Ibrahim Hadi " . surely I will be martyr in the first operation … he said .

We did not know him very well … who was he … he was a kind and religious man who lived among us for a time to understand the meaning of good human , one of our friends said . after his martyrdom , " why Ibrahim did not come home ? " her mother usually asked us …

We tried to change the conversation and said : he is t the operation and can not come to Tehran .

One day I saw his mother who was sitting in front of Ibrahim’s photo and cried … what’s the matter mother ? I asked her … I feel presence in the room … I smell him and said : I am sure that he is martyred .

She continued : he was completely changed at the last meeting among us , he told me : I will not back here mom …

After some days when she was standing in front his photo , we asked our uncle to tell her the truth … as she heard the news had fallen down and we took her to the hospital .

When we go to the Behesht e Zahra cemetery , she liked visit the cemetery of the unknown martyrs to the memory of martyr Ibrahim Hadi .