Saudis thought that , Iranian pilgrims would enter the Al Haram Mosque ( the great mosque in Mecca ) and protested against them . so according to these thoughts they started to shut against them . Ayatullaqh Sayyed Ali Ghazai Asgar said. 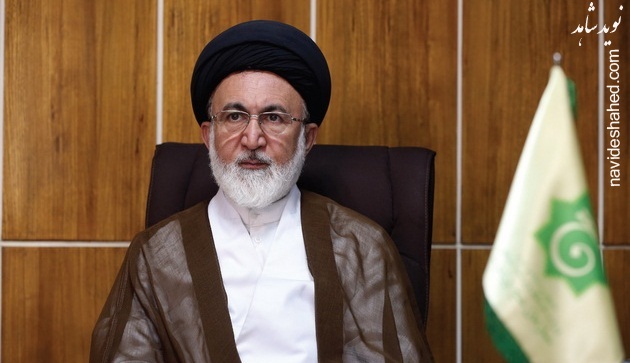 Saudis thought that , Iranian pilgrims would enter the Al Haram Mosque ( the great mosque in Mecca ) and protested against them . so according to these thoughts they started to shut against them . Ayatullaqh Sayyed Ali Ghazai Asgar said.

Saudis thought that , Iranian pilgrims would enter the Al Haram Mosque ( the great mosque in Mecca ) and protested against them . so according to these thoughts they started to shut against them . Ayatullaqh Sayyed Ali Ghazai Asgar said. Hujatul Islam val Muslimin , Sayyed Ali Ghazi Asgar who is the supreme leader's representative in Haj affairs , is a common person for all the Iranians in the country . he had worked as Haj supervisor for 3 decades .

Iranian pilgrims supervisor explained us about his presence in the Haj affairs at the first year of revolution and Islamic regime .

For the first time I went to Mecca in 1980 , at that time I spoke for people in Dubai . during the time one of my friends invited me to go to Mecca . as I wanted to go to Haj , the holy defense started and all the flights were canceled . I went to Dubai from the sea and from the Dubai I went to Mecca , that was the first journey of mine .

Hojatul Islam Val Muslimin Ghazi Asgar started to explain us about the 2 events. In 1986 Saudi authorities thought that Iranian pilgrim wanted to enter the Al Haram Mosque and protested against them ( while they thought completely wrong ) they started to shut against the Iranian pilgrims . people wanted to say their prayers . many Iranian pilgrims martyred that day so we called that Haj as the " Bloody Haj " , we decided to not participate in Haj affairs for 3 years .

Iranian Supreme Leader , Sayyed Ali Khamenei , qualified me as his representative in Haj affairs in 2009 .

He continued to speak about the " Bloody Haj " . when we read the Imam Khomeini's message , Saudi thought that we will protest against them and they threw stones against us from the top of a parking that unfortunately many Iranian pilgrims martyred .

The supreme Leader Representative called this action as a crime and said: most of the martyrs were the common people while many injured. That was an unforgettable scene since many families could not the corpse of their family member and they found them in hospitals after some days gradually . 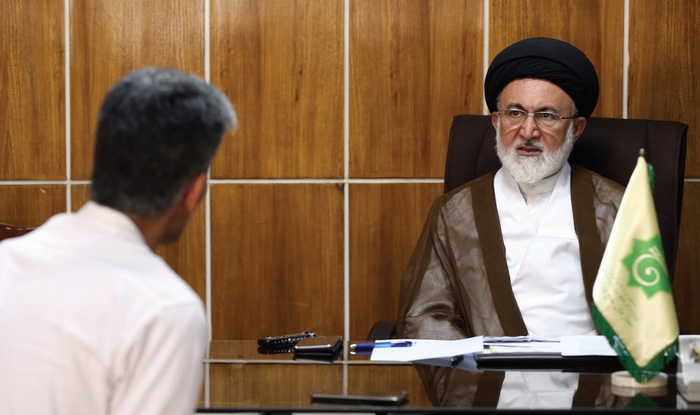 He also spoke about a rumor after 31 years and said : a rumor that was broadcasted at the time , some of the families and women did not find , no …. That's wrong all the martyrs were found and returned to our country ( Iran ) .

He wanted to speak about the Mina disaster , while he had a different analysis from the events …. That was an unpredictable events since there is no such an event during the history which many people died on the way . we had prepared many reports and documents . we had more than 800 interviews with the martyr's family who were closed to the scene . he also emphasized that : if the Saudi forces did their best , it would never happened and if they had their best action after the event they would release the number of martyrs and injuries . they could not manage the event and many innocent people died at the day . we hardly tried to turn the martyrs back to Iran , but it was impossible since everything was bad . finally we lost our people on that day . there was no specific plan from the Saudi authority . as we knew that the way would be crowded we suggested our manager to start their affairs after 10 AM , we only suggested .

It was 8:45 when the event happened . there are many reasons which shows the Saudi incompetence and negligence .