A Man of a Noble Descent

The history of Islamic Revolution is full of names and history of activities, fights and self sacrifice of the companions of Imam Khomeini, the Great. 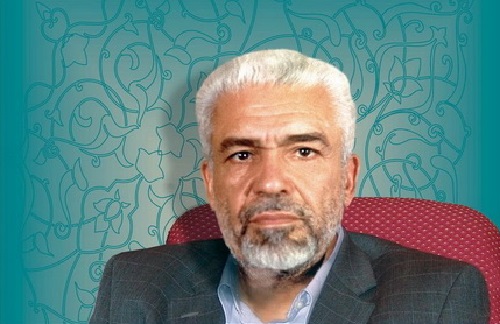 Navideshahed, The history of Islamic Revolution is full of names and history of activities, fights and self sacrifice of the companions of Imam Khomeini, the Great.
This revolution was a multi dimension fight against the old domestic cruelty and dictatorship and foreign imperialism. And most of the fighters in this revolution consisted of people with cultural and religious backgrounds.
It is obvious that a large number of people answered to Imam Khomeini’s call for fight in these two cultural sections of the society; it means "Hozeh Elmieh” and universities [Hozeh Elmieh refers to the religious schools]. They joined Imam Khomeini and his companions in these fights against cruelty. Dr Seyed Reza Pak-nejad, the proficient physician from Yazd was one of these fighters. He was from a religious family. He was from "Dar Al-ebadeh” of Yazd City. He tried not to neglect religious sciences while learning modern sciences of the day.
Accidentally, these two sciences were mixed and appeared in Dr Pak-nejad. The combination of modern and religious sciences made an unforgettable character out of him so that his name is mentioned and remembered with respect in both of the two fields. More than any thing, learning academic knowledge and sciences made a religious physician out of him. It encouraged him to make efforts in line with attracting the people who had the potential in this field and lead them towards religion.
From the other side, the knowledge of this religious thinker about religious concepts and Islamic knowledge made a writer out of him. He has created a treasure of rich writings and articles as well as tens of titles of valuable and instructive books. The series of books of "The First University, the Last Prophet” is at the top of these writings and books. These series of books are still a rich, considerable and valuable source for referring to the valuable spiritual and divine concepts.
With all these characteristics and knowledge and in the position of a doctor with such cultural background, it was natural that Dr Seyed Reza Pak-nejad changed into a noticeable example in his work and social activities.
By mixing rich Islamic ethics and spiritualities with his knowledge and expertise, Dr Pak-nejad changed the medical profession for himself into an instrument that one hundred percent aimed at helping people.
He did not receive money for visiting patients and providing medical treatments to them. He even paid the expenses required for medicines of the needy patients.
Beside all these charity works, Dr Pak-nejad joined the revolution of Imam Khomeini during the forming of revolutionary movement of Imam Khomeini. It was due to his constant relations with Hazrat Ayatollah Sadoughi, the "Mehrab” Martyr [Mehrab is the place where Muslims say prayers.]. Ayatollah Sadoughi was a connecting bridge between the fighters in Yazd and the surrounding provinces and Hazrat Imam Khomeini. In this field, he played an important role in his home town, Yazd. It was following the advice of Ayatollah Sadoughi and other companions in his city that Pak-nejad became the representative of Yazd City in the 1st Islamic Consultative Assembly [Parliament] after the glorious victory of Islamic Revolution. He entered the 1st parliament following gaining the absolute majority vote of the people in this city.
Relying on the two lectures he made in the parliament – and they are remained as memories of him- we witness that he did not quit serving people in the parliament either. And the people in this country could use the valuable services of this man more if the hands of devilish people did not start working and the tragedy of 7th, Tir 1360 [June 28th, 1981] did not happen in the place of "Islamic Republic Party”.
In that tragic and influential event, the family of Pak-nejad lost another son out of its committed and expert sons. This brave man was no one except Dr Seyed Mohammad Pak-nejad. He had studied in Germany and had come back to our home land after the victory of Islamic Revolution. He returned to our country in order to serve directly to the newly established Islamic government of Iran.
These two dear and respected men were martyred in the situation when the other son of the family had been lost in war.
The other son was Dr Seyed Abbas Pak-nejad. Years after martyrdom of these two mentioned brothers, Dr Seyed Abbas Pak-nejad returned to our Islamic home land along with the large group of honorable released war captives. This way, the family of Pak-nejad could at least enjoy the presence of tow other children of the family with them. May the soul of all martyrs of Islam be happy, especially the souls of these two dear martyrs of Pak-nejad family. And may their way be continued!
source: shahed yaran
martyrdom islamic revolution Dr Seyed Reza Pak-nejad Ayatollah Sadoughi navideshahed
Subscribe to newsletter