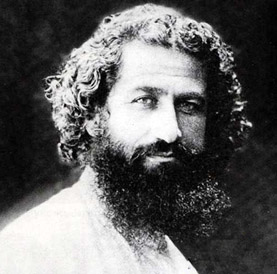 Analyzing this movement especially the reflective and practical behavior of its leader, Mirza Koochak khan Jangali, is especially important from the espect that this movement occurred in one the most important intervals in the contemporary history of Iran. Despite the pressure that was inflicted by the colonial government and the interior tyranny on him, he was able to manly tolerate and not be diverted from his actual path which is Islam and religious values. The truth is that all liberating movements in our country or at least most of them were les by the clergy. That is why the atheist reflection in this area will not last.

Long and cannot compete with the deep rooted religious beliefs of these people who have constantly benefited from scholars.

The jungle movement, its leader and its own advent and has benefited from the presence of scholars who have no other desire and aim but the independence of the country and establishing a government of justice based on the Koran commandments and the unity and sincerity of the people and nation.

Iran has always been a valiant cradle for men and women who have changed the magnificent splendor of this land to an epic scene. In the history of Iran especially the Shiite history, the determination of champions has always been effective and has saved Iran from darkness. That is why even though this aged land has constantly been exposed to the invasion of corruptive tribes, nations and thoughts, it has never experienced life under the alien boots even for a day.

Despite the government and their bondsman rulerships, the nation has relied on their deep Iranian culture and has courageously stood and defended its dignity and respect.

Mirza Koochak khan born to such a land and culture and following the enlightening men specially Seyed Jamaleddin Asadabadi, shouted vigilance and breathed a new spirit in peoples corpse whit his sincerity, ingenuity and his faith and showed a valuable model of frenzy and honor of a true Muslim to people thirsty for freedom and justice. So the Shiite realm sends each and every one of its protégé dignitaries to fight colonization and tyranny which courageously, patiently and honorably defeated the enemy.

The tyrants invaded people’s lives, belongings and principles and thought this land their right and the broad minded expect a few lonely bereaved ones, would find excuses for the foul hanging of Sheikhfazlollah Noor which was signed by Vosooghoddollah, Taghizadeh, Sardar Mohei etc and then Abdollah Behbahani who was killed by freedom and socialist plaintiffs with the hope that they can do what Mirza attempted to do but couldn’t.

Mirza who had enough of the brawler’s uproar took refuge to his motherland so that he could think of a solution in the tranquility from the broad minded community.

He knew that he was a protégé from the sheet realm and he knew that salvation was only possible through Islamic commandments and the Koran and by following the Imams.

This is why he stepped in the path of his and his nations honor and once more he showed unforgettable epic, zeal and emulation.

He stood against his and his lands numerous enemies, just like his real leader His Excellency Abbabdollah (Imam Hossein) and eventually in the threshold of love were killed repeating his lord’s word: "be gone with suffering”.

A Review of Martyr Khalatbari’s Biography