Navideshahed: After 40 years of resistance during Sacred Defense and the International Resistance forefront in an international commander, you cannot imagine nothing else martyrdom for him. General Yahya Rahim Safavi believed that Gen. Qassem Soleimani’s martyrdom represented Political - Security Failure of America in the Middle East especially in the Resistance forefront. This action showed the terrorist face of the US president character to all nation in over the world.

General Soleimani was among the best

Gen. Soleimani was among the bests in the imposed war. He was one of the best friends of mine and we saw each other every 2 or 3 weeks. We talked about Syrian affairs.

He really was a lovely man, he really saved Damascus and Syria he had an active role at the fore frint and the Resistance fore front for 38 years.

Cowardly and terroristic operation outside the international law

the president of the united states of America and its criminal foreign minister after imposing sanction against Iran during the latest years the managed a Cowardly and terroristic operation outside the international law. They were not successful in the following operation and we absolutely believe that there will be a great change in the region.

Targeting US military Station by IRGC 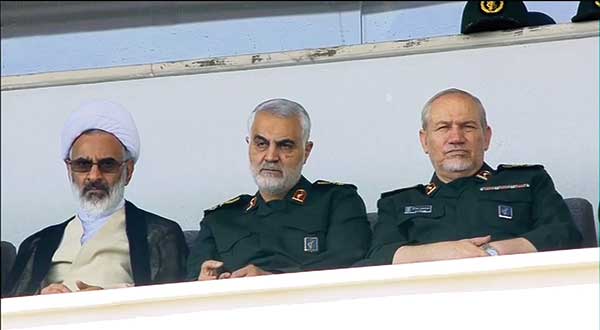 8 years sacred defense was a unique event in the Iranian history. IRGC changed from a security force to combat organization during the years and after that, it really needed a revolutionary management and Jihadi thoughts. As the war was finished Islamic Revolutionary Guards Corps changed to a powerful military organization.

People defend from their revolution

During the time Iranian people came to street to show their protection from Islamic Revolution. Hundreds of Iranian youths and the Iraqi youths will continue Gen. Soleimani and Abu Mohandes al Mahdi’s path.

Assassination of military commanders is outside international law

Today all the logical man in all over the world condemn this crime. Many Americans harshly condemned the following crime since Assassination of military commanders is outside international law.