Iran’s Supreme Council of Cultural Revolution (SCCR) announced plans to award international "World Sacrifice Prize" to veterans of the Resistance Front from all over the world in honor of Martyr Lieutenant General Qassem Soleimani. 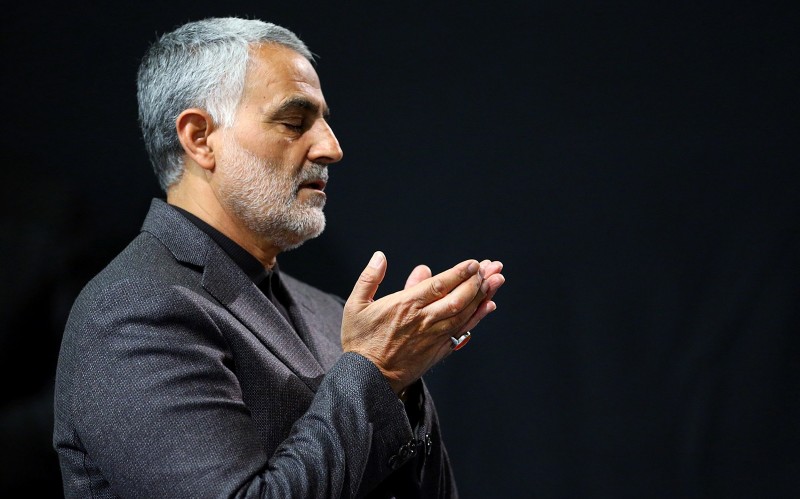 Navideshahed: In a meeting of Supreme Council of Cultural Revolution (SCCR) held on Tuesday, SCCR members approved that the "World Sacrifice Prize be given to war veterans at the international level under the name of Martyr Soleimani.
Iranian President Rouhani stated that massive participation of people in the funeral procession of martyr Soleimani foiled US plots aimed at creating division in Iran and Iraq.

He pointed to the characteristic of Martyr Soleimani and said, "Martyr Soleimani was a very respectful person who did not abandon his services to the Revolution and the Establishment.”

Rouhani stated, "In the cowardly assassination of Martyr Soleimani, the world public opinion, elites in our society and the Muslim World, particularly our neighbors who had seen the services of Martyr Soleimani, reacted well and the line of resistance became very strong.”

Iran’s Minister of Defense Brigadier General Amir Hatami said on Tuesday that the United States is using various grounds such as economy and culture to defeat the Islamic Republic because it does not enjoy the required military lead.

Pointing to the history of US’ animosity against Iran, Hatami said, "Organizing cultural and economic plots, creating social crises, imposing sanctions, establishing terrorist forces in the region, and the assassination of Lieutenant General Soleimani are aimed at weakening the Islamic Republic and eventually, breaking Iran’s military might.”

"If they felt the slightest confidence that they had a military upper hand against Iran, they would never use other means and approaches to overthrow the Islamic Republic,” said Hatami in a local ceremony.

He went on to say that enemies aimed to destroy Islam and the Islamic Republic by deploying terrorist groups in the region but their plots were foiled thanks to the endeavors and sacrifices of the Resistance Front forces led by Lieutenant General Qassem Soleimani.

"The Islamic Republic of Iran has proved that it will respond to any threat at any level according to its internal power,” he highlighted.

Lieutenant General Qassem Soleimani was assassinated in a US drone strike on Baghdad International Airport in Iraq on January 3.

The airstrike also martyred Abu Mahdi al-Muhandis, deputy commander of Iraq's Popular Mobilization Forces (PMF), or Hashad al-Shaabi. The two were martyred in an American airstrike that targeted their vehicle on the road to the airport.

On January 8, the IRGC Aerospace Force started heavy ballistic missile attacks on US Ein Al-Assad airbase in Southwestern Iraq near the border with Syria and a US operated airbase in Erbil in retaliation for the US assassination of General Soleimani.

The second IRGC reprisal attack targeted a US military base near Erbil airport in Iraqi Kurdistan Region in the second leg of "Martyr Soleimani" reprisal operation.

Iraq said the attacks had not taken any toll from its army men stationed at these two bases. The US army had blocked entrance into Ein Al-Assad to everyone, including the Iraqi army.

It was the first direct attack on the US army ever since world war two.

The IRGC officials said none of the missiles had been intercepted.