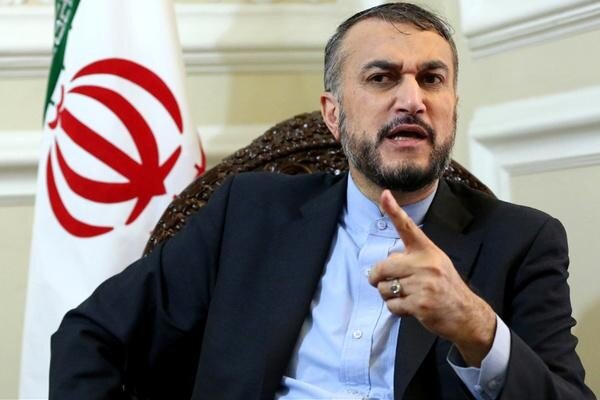 Describing the US and Zionists' plot for Iran, Turkey, Syria, Iraq, Saudi Arabia and Egypt, Iranian Parliament Speaker’s Special Aide for International Affairs Hossein Amir-Abdollahian said that the important mission of Lt. Gen. Soleimani was to defuse the plot of break downing the countries in the region.

He made the remarks on Sunday in a meeting on the political and strategic dimensions of the assassination of Martyr Lt. Gen. Soleimani in Iran's Foreign Ministry's School of International Relations.

"Today, instead of the Nile to the Euphrates, the Zionist regime is enclosed in a six-by-twelve-meter concrete wall in a small area called Israel,” he said.

"Lt. Gen. Soleimani never forgot Palestine,” he added, saying, "He fought against ISIL in Iraq, Syria, Lebanon and the region.”

"An important task pursued by him was to prevent the realization of Zionist’s strategy of break downing the countries in the region,” Amir-Abdollahian noted.

He went on to say, "Although Lt. Gen. Soleimani was a military commander, he was a diplomat at the negotiations table.”

The region will not be a secure place for Americans after the assassination of Lt. Gen. Soleimani, he said.

Describing the US and Zionist regime's plot for the region he noted that in the first phase of the plot Syria and Iraq were supposed to be broken down then in the second phase Turkey and Saudi Arabia and in the last phase Iran and Egypt
Tags:
martyrdom ، martyr ، iran iraq war ، soleimani
Subscribe to newsletter