Leader of the Islamic Revolution Ayatollah Seyed Ali Khamenei on Monday morning performed the ritual ‘prayer for the deceased’ (Salat al-Mayyit) in the funeral of top Iranian General Qassem Soleimani, who was martyred in a US airstrike last week. 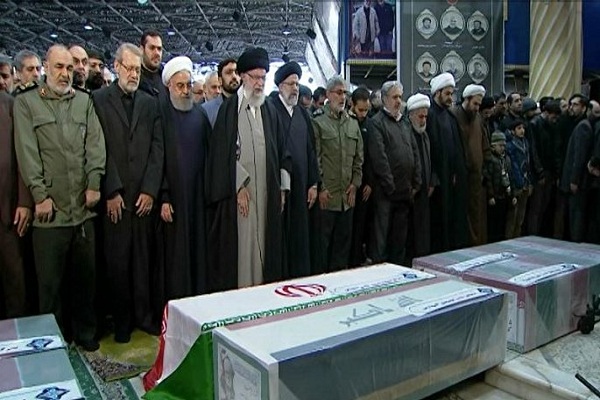 The ritual was held at the University of Tehran and adjacent streets where a huge funeral procession is underway for General Soleimani and other martyrs of the attack.

Senior Iranian officials including the president, parliament speaker, judiciary chief, and military commanders, as well as people from all walks of life attended the event.

General Soleimani, deputy head of Iraq’s Hashd al-Shaabi Abu Mahdi al-Muhandis, and a number of their entourage were killed in a strike by American drones near Baghdad International Airport in the early hours of Friday.
Tags:
martyrdom ، khamenei ، navideshahed
Subscribe to newsletter